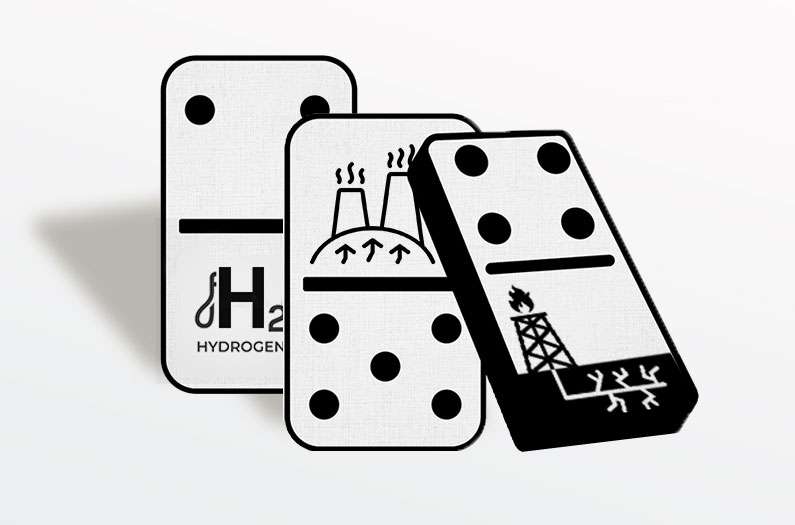 Opposition to fracking, a method of oil and gas extraction that involves drilling and forcing fluid deep into bedrock, contributes to skepticism toward deep geothermal energy among people in the UK, according to a new study. But the fracking controversy also seems to make people more positively disposed towards another form of renewable energy, green hydrogen.

“Controversies in one area, sector, or technology can ‘spill over’ [meaning they] have a problematic impact on public perceptions in a completely different area,” says study team member Emily Cox, a social scientist studying public perceptions of energy and climate at the University of Oxford in the UK. “Developers and policy-makers need to understand that controversies can have far-reaching consequences.”

The controversy over fracking is well known, but most studies have tended to treat it in isolation, rather than as part of a debate about a portfolio of energy technologies that have various similarities and differences from each other.

In the new study, Cox and her colleagues conducted a survey of 927 people in the UK and held two focus groups with a total of 13 participants to examine how the controversy over fracking affects public attitudes towards other novel energy technologies.

Survey participants viewed information about either deep geothermal energy or green hydrogen, and were asked about their opinions of these renewable energy technologies before and after viewing information about fracking. The focus groups were structured similarly except that the discussion covered both deep geothermal and green hydrogen energy rather than one or the other.

Deep or ‘enhanced’ geothermal energy extracts heat from inside the earth by forcing fluid through reservoirs drilled deep into bedrock. Green hydrogen uses renewable energy to split water into oxygen and hydrogen gas, the latter of which can be used in fuel cells. The researchers chose to focus on these two technologies because deep geothermal energy has some elements in common with fracking (drilling and forcing fluid deep underground), while hydrogen does not.

Some focus group participants spontaneously mentioned fracking in their comments about deep geothermal energy. “We were honestly surprised by the immediate connection people made between deep geothermal and fracking, within the first minute or so of discussion,” Cox says. “We weren’t expecting the connection to be this strong.”

Similar research methods could be used to study perception spillover related to other energy technologies or in other countries, the researchers say.