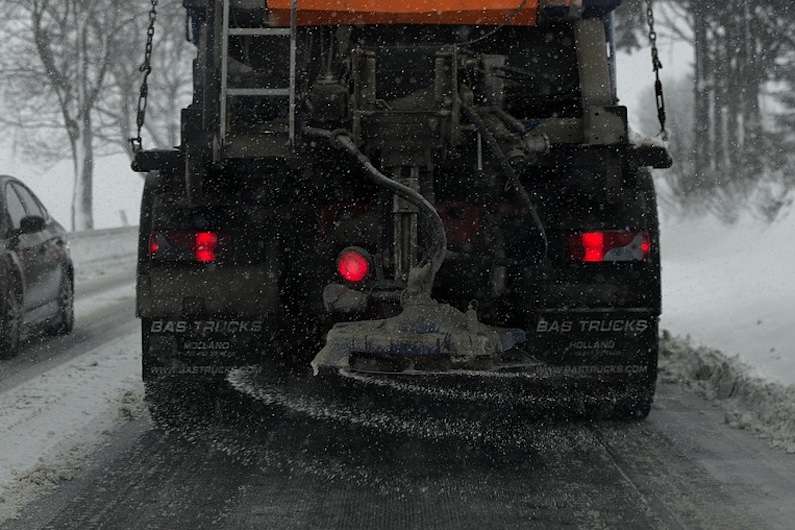 By combining a salt and a solvent—both cheap and abundant—engineers developed a new refrigeration system that uses less energy and emits no greenhouse gases
By Prachi Patel
January 5, 2023

Salt trucks are a common winter sight in cold climates. Salt brings down the freezing temperature of water, so it stays slushy instead of becoming ice. A research duo has now developed a new refrigeration system based on the concept of salt melting ice.

The technology reported in the journal Science promises to be much more energy-efficient and ecofriendly than today’s cooling technologies, which consume vast amounts of energy and release environmentally harmful chemicals into the atmosphere.

For the past century, cooling has relied on compressing and expanding liquid refrigerants called hydrofluorocarbons, changing them reversibly from liquid to vapor. The process is energy-intensive. Plus, emissions of refrigerants due to leakages cause global warming and harm the ozone layer. By 2050, hydrofluorocarbon emissions are expected account for up to 20% of carbon dioxide equivalent emissions due to rapid growing demand for refrigeration in the world, Lilley says.

A class of materials called caloric materials promise to make cooling more efficient without needing greenhouse gases. In these materials, temperature changes can be triggered by applying a magnetic field or a voltage. So far, caloric cooling has used exotic, unsustainable materials, and needed extreme applied fields that breaks down the solid material.

Lilley and mechanical engineer Ravi Prasher have developed a technology that overcomes those limitations. Their system uses a common solvent found in lithium-ion batteries, and sodium iodide that is commonly added to table salt.

In the cooling step of the refrigeration cycle, the researchers add the salt to the solid form of the solvent. As the solvent melts, it absorbs heat from the environment, bringing the temperature down.

Then the researchers remove the salt from the mixture by passing a voltage through it and separating the salt using a membrane. This re-solidifies the solvent, making it ready for a cooling cycle again.

The approach is slower than other caloric cooling developed so far, because it takes time to combine the solvent and salt and to desalinate the mixture. Each cycle takes between five minutes and a few hours.

But, says Lilley, “my technology is sustainable, does not employ extreme fields—I only have to apply about 1 volt)—and I’ve already demonstrated efficiencies about five times larger than any previous prototype utilizing solid-state materials.”

Plus, the approach uses off-the-shelf components that are cheap and abundant, making it very scalable. Lilley says that he and Prasher plan to start a company this year to commercialize the technology. “[We] hope to have a real-world impact on improving refrigeration…through efficiency gains and decarbonization.”

Image by Jerzy Górecki from Pixabay