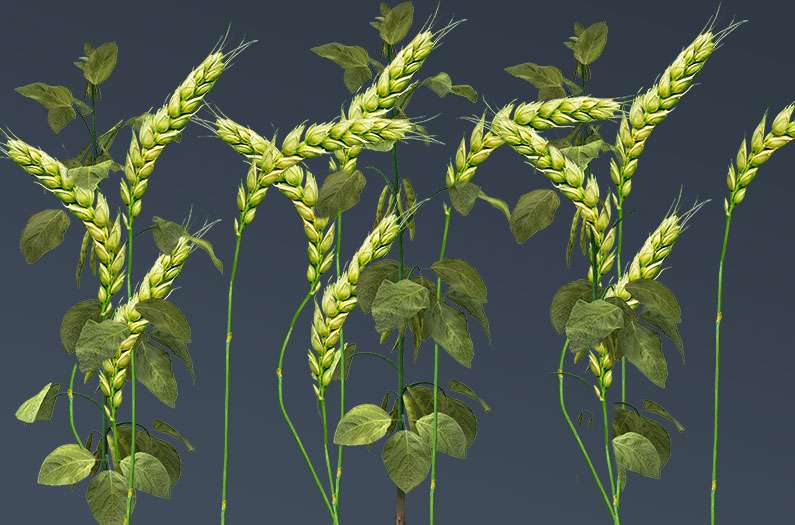 Growing crops in a mixed tapestry saves land and produces more protein than crops grown in a conventional monoculture, finds a new meta-analysis that draws on an impressive gamut of 132 studies.

This farming approach, known as ‘intercropping’, involves producing more than one type of food in a field, for instance interweaving wheat with legume plants. The idea is that this diversity boosts farmer resilience and incomes, but also fosters healthier soils and disease resistance, therefore supporting healthier crops that require less fertilizer and pesticides.

Now the new PNAS study provides some of the most robust evidence yet that it works, adding to a growing body of research showing that greener farming methods needn’t cost yields, land, or profits.

The team of international researchers pooled the findings of 226 field experiments on intercropping from the more than 100 studies. From this dataset they drew information about how well the crops performed, including how much they produced, and how much land area and nitrogen fertilizer they required.

They also teased out information about how much protein and calories the grain crops in the mix produced, and examined which crop combinations worked best for yield and land use on intercropped fields.

When compared with crops grown on monoculture plots, the results were striking. On average, intercropping with two crops required 19% less land than did a monoculture of each crop, the analysis showed. Sharing a field between two crops does slightly impact the yields, however. When they looked at the most productive grain crop on intercropped lands, they found that it typically yielded about 4% less than the same crop type on monoculture lands.

This could seemingly be dialed up depending on which crops were selected to be field mates. Some of the best combinations were found to be maize and peas, which produced 10% more protein when grown together than when in monocrops.

What’s more, dual-use fields generally consumed fertilizer more efficiently, with the most productive crops on these fields requiring less nitrogen to thrive. Again, maize and legume combos performed particularly well, able to produce more protein per unit of nitrogen fertilizer when they shared the land—likely because of the nitrogen-fixing qualities of legumes themselves.

Importantly, the robust evidence shows that the production of commercially-important crops like wheat and maize isn’t significantly affected by sharing land, which might help win over farmers. Knowing which crops pair particularly well may even be a boon, helping farmers get more out of the land while cutting costs.

And for those who remain skeptical, the research team suggest that the relatively small yield losses may be offset by intercropping’s additional economic benefits.

Diversified crops help insulate farmers against losses from extreme weather events and disease, and attract more insects and birds that pollinate, and control pests, possibly reducing chemical costs. Multi-cropped lands can get more out of the soil thanks to plants’ different root structures that access different soil nutrients, so cutting fertilizer needs and perhaps also helping reduce the run-off and downstream cost of nitrogen pollution.

All these and more may be good reasons to switch from monocrops to diversified lands—a relatively small change with seemingly outsized power to help achieve our agricultural and environmental goals.