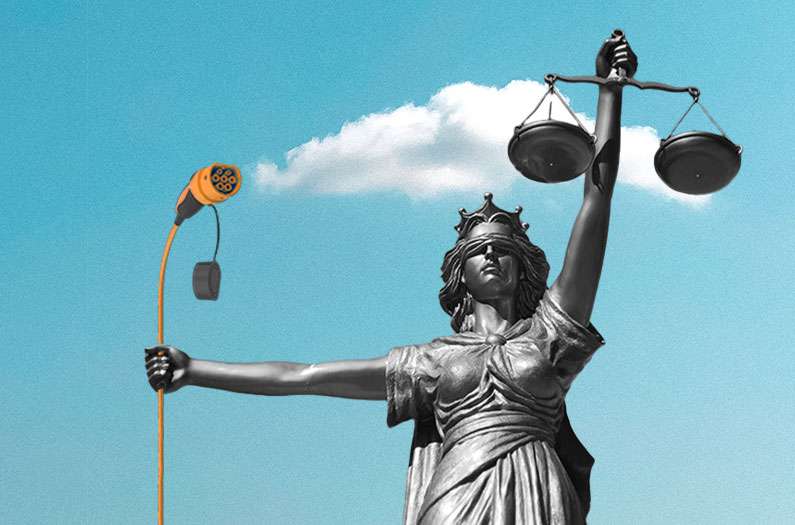 A new study maps the EV transition through a justice lens

In a first-of-its-kind study, researchers demonstrate the climate and financial benefits of EV ownership—and the danger of leaving vulnerable populations behind.
By Sarah DeWeerdt
January 17, 2023

Charging an electric car would be cheaper than filling up with gasoline for 90% of car-owning households in the United States, according to a new study. The same proportion of households would also see their carbon footprint shrink by making the switch to an electric vehicle.

But many low-income households would still face a heavy financial burden from the cost of transportation energy, the study reveals, highlighting the complexities of rolling out green technologies in an equitable way.

It’s pretty well established that both greenhouse gas emissions and charging costs are lower for electric cars than gasoline cars in general. But this study is the first to track how these climate and financial benefits vary from place to place across the country.

Researchers calculated greenhouse gas emissions, fuel costs, and transportation energy burden (that is, the percentage of household income spent on vehicle fuel) associated with both gasoline and electric vehicles for each U.S. census tract.

Overall, 71% of households would see their fuel costs drop by more than half by switching from a gasoline to an electric vehicle, the researchers report in the journal Environmental Research Letters.

Widespread EV adoption “would more than double the percentage of households that enjoy a low transportation energy burden (<2% of income spent on fuel annually),” the researchers write. “This equates to 80% of all vehicle-owning U.S. households.”

But the benefits aren’t equally distributed across the country. About 8% of households could save more than $600 on fuel costs and cut more than 4.1 metric tons from their carbon footprint annually by switching to an electric vehicle.

These households are concentrated on the West Coast, Arizona, and New York, where a varying combination of low electricity prices, clean electricity, and a mild climate yield the potential for large savings in both fuel costs and carbon emissions from electric vehicles.

A similar share of households wouldn’t see much savings in either costs or greenhouse gas emissions. About half of these households are in the Midwest, but they are found throughout the country. The low savings potential is due to cold winters (which reduce battery performance), fossil fuel-dominated electricity grids, and high electricity prices.

Policymakers will also need to pay close attention to low-income households to make sure they’re not left behind in the electric vehicle transition. The researchers found that even with a switch to electric vehicles, more than half of low-income households would still spend more than 4% of income on transportation energy. That proportion rises to more than three-quarters if home charging is unavailable and people have to rely on (generally more expensive) public chargers.

Electric vehicle affordability is especially important in the United States because the country’s transportation system is highly car dependent, the researchers argue.

In addition, the study doesn’t address the cost of purchasing an electric vehicle, which are often more expensive than gasoline cars.