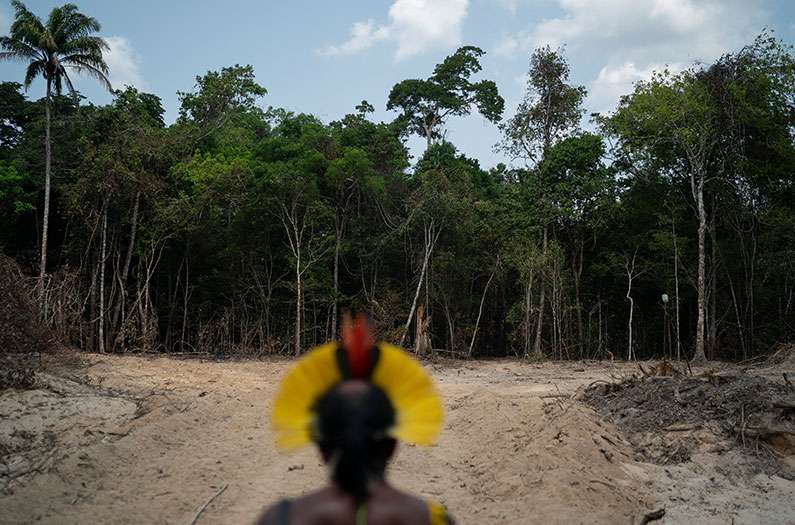 Luiz Inácio Lula da Silva’s return to the Brazilian presidency has been welcomed by environmentalists campaigning to save what remains of the Amazon’s jungles. Now, new research underscores how his electoral victory over incumbent Jair Bolsonaro could be good news for the world’s largest tropical rainforest.

In the last two decades, the amount of officially protected forests in the Brazilian Amazon has nearly doubled, to encompass half of the region’s forests. For much of that time, including da Silva’s presidency, forests fared better inside those protected zones. But satellite imagery shows the fate of these lands reversed course over Bolsonaro’s four-year term, which ran from 2019 to the end of 2022. Between 2018 and 2021 forests inside these supposed protected areas disappeared faster than in other parts of the Amazon.

“Legal designations are important, but if the law is not enforced, the intended protection of forests and biodiversity will be illusional,” said Fabio de Sa e Silva, an expert in Brazilian public policy at the University of Oklahoma (OU). “This is an area in which Brazil is knowingly failing.”

The fate of these lands is of global significance. The Amazon harbors among the largest number of different species on the planet. Trees and bushes there add up the world’s biggest concentration of aboveground biomass. That makes it important for countering both the extinction crisis and climate change.

But the same land is coveted for economic development in a country that makes up the world’s 12th largest economy, but where more than a quarter of people lived in poverty in 2020, earning less than $6.85 a day. Forests in the Amazon are logged and burned to make way for gold mining, cattle ranching and soybean farming.

In recent years, Oklahoma University researchers have tracked the disappearance of these forests using two kinds of satellite-generated pictures. Conventional aerial photos show which places have turned from green forest to brown ground or grasslands. But clouds and smoke from forest fires block their view. So the scientists combined these images with ones taken by satellite-mounted radar, which peers through such obstacles. A review of images taken each year between 2002 and 2021 show that 280,000 square kilometers—enough to cover the state of Colorado—disappeared over those two decades, the scientists reported Jan. 2 in Nature Sustainability. That represents a loss of 7%, down to 3.7 million square kilometers.

But not all parts of the jungle suffered equally. For much of that time, the researchers found that forests were felled much more slowly in places designated for protection as natural reserves or as Indigenous territories, where some of the country’s more than 300 Indigenous ethnic groups can exercise some control over land use. Those lands, 52% of the Brazilian Amazon’s, accounted for just 5% of the forest loss over the last two decades, the satellite images showed. Each year, the forests outside the protected areas lost, on average, 14 times more forest. The stark difference “highlights the vital role of Indigenous territories and the protected areas for forest conservation in the region,” said Yuanwei Qin, of OU’s Center for Earth Observation and Modeling.

But in recent years those protections faltered. In what the scientists called an “alarming signal,” between 2018 and 2021, satellite images showed the rate of forest loss more than tripled inside protected areas (3.6 times), more than twice the increased pace of deforestation in places with fewer legal restrictions (1.6 times).

To explain these changes, the scientists pointed to the Bolsonaro government, which was allied with agribusiness and settlers and has been criticized for undermining Indigenous rights and environmental enforcement.

Said Xianming Xiao, an OU scientist who worked on the research, “How to rebuild effective policies and reduce forest area loss in the Brazilian Amazon in the coming years will be one of the grand challenges for Lula’s administration and international communities.”