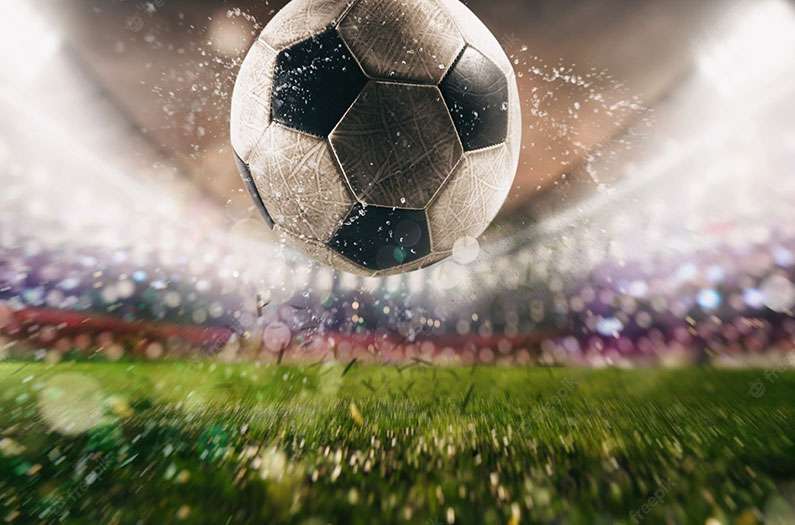 When researchers grew the grass and maize side-by-side, they discovered an enzyme key to growing crops in nutrient-poor soil.
By Emma Bryce
January 13, 2023

The common turf grass that blankets soccer pitches, including those at the recent World Cup in Qatar, contains unexpected clues about how to build more resilient crops that need less fertilizer.

Wheat, rice and maize: these three staple crops are critical for global nutrition. Yet they also account for an astounding 50% or more of global fertilizer consumption. Turf grass, known formally as Paspalum vaginatum, is actually a relative of maize (and sorghum, another staple grain). And yet, it has traded its cousins’ nutrient-guzzling ways for a more constrained diet, capable of thriving in nitrogen- and phosphorus-depleted soils.

Scientists have long been interested in the roots of its nutritional resilience. But it wasn’t until this University of Nebraska-Lincoln led study compared turf grass to its cousin, maize, that some important clues were found. These discoveries, the researchers think, could profit farmers and take some of its polluting pressure off the planet.

They began by growing the turf grass alongside maize and sorghum in low-nutrient soils, to compare their responses. While maize and sorghum wilted with the lack of nitrogen and phosphorus, the Paspalum seemed to flourish unharmed.

Clues as to why this might be the case emerged from the researchers’ parallel efforts to sequence the grass’s genome. This drew their attention to the mechanics around the production of a sugar molecule called trehalose in the Paspalum plants, a type of sugar that accumulates in plants in response to environmental pressures. On closer inspection, they found that when under nutritional stress, the grass actually doubled its production of trehalose. The levels of this sugar in maize and sorghum plants, meanwhile, remained unchanged, the researchers discovered.

Next, they set out to increase the pace of trehalose production in these crops. Without knowing the precise genes responsible for the accumulation of these sugars, they instead focused on an enzyme that’s involved in the natural process of breaking down trehalose in plants—the opposite of what they wanted to happen.

So, they identified an antibiotic called validamycin A that reins in the destructive habits of this enzyme, leaving trehalose free to accumulate. And, lo and behold, when they treated maize and sorghum seedlings with that enzyme-inhibiting ingredient, those plants then ramped up their production of trehalose under nutritional stress.

But accumulating trehalose isn’t enough: plants still need nutrients to survive. “The trehalose paspalum (and our treated corn) cannot make new nutrients out of thin air,” said James Schnable, professor in the Department of Agronomy & Horticulture at the University of Nebraska–Lincoln, and lead author on the study. So, how then do the plants fill this hungry hole?

The researchers believed that making the jump from increased trehalose to nutrients, and therefore growth in the plants, depends on an additional process called ‘autophagy’. “What we think the trehalose is doing is turning on autophagy, essentially the plant’s natural recycling system, so that the plant can recapture and reuse nutrients that already exist in damaged or unused proteins within its cell, and use those recycled nutrients to keep growing,” Schable explains.

A bit more experimentation suggested they may be right about this. Maize plants that were bred to curb that autophagy process struggled to grow in nutrient-poor soils, no matter how much trehalose there was in their systems. But with the autophagy mechanisms intact, those maize and sorghum seedlings showed a significant increase in growth and biomass, thriving despite the tough conditions, the experiments showed.

Next up, the researchers hope to investigate how Paspalum deals with exreme cold and salt stress, Schnable says. They also want to identify the genes involved in boosting trehalose, which might allow them to make more precise tweaks in crop plants.

Ultimately, the less fertilizer plants need to survive and yield food, the better for farmers’ bottom lines, and our planet.

Fertilizer production is currently responsible for a rising share of global greenhouse gas emissions, and untold ecosystem harms. Meanwhile, mined phosphorus reserves could peak by 2030. Agriculture’s reliance on this commodity is clearly unsustainable. Any fertilizer solutions that decouple crops from this resource are set to become increasingly important—even if they derive from somewhere as unexpected as the football pitch.