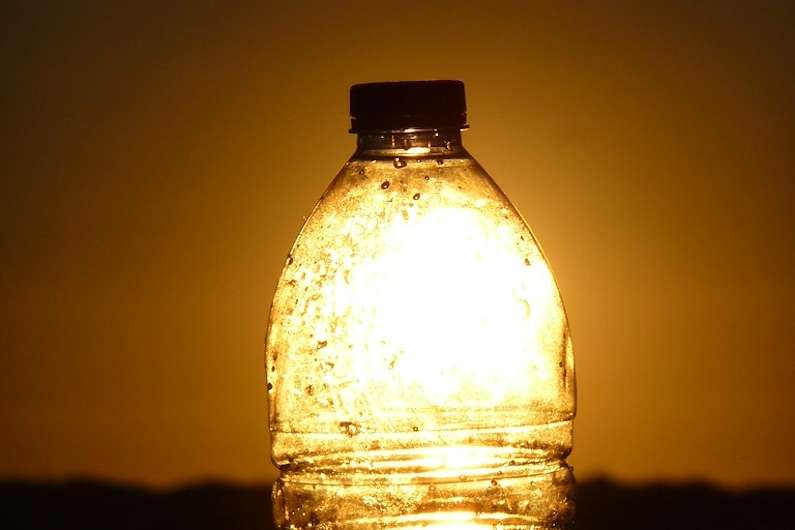 In a promising step toward a more sustainable, circular economy, chemists have developed a reactor that turns two of the world’s most problematic waste streams into useful products
By Prachi Patel
January 12, 2023

Carbon dioxide emissions and plastic waste are two of the biggest threats that society faces today. Researchers from the University of Cambridge report an innovative solution to tackle both seemingly insurmountable problems. They have developed a method, powered fully by sunlight, to turn plastic bottles and carbon dioxide into sustainable fuels and useful chemicals.

The solar-drive conversion of carbon dioxide and plastics into useful products “provides a potential sustainable route towards a circular economy,” write chemistry professor Erwin Reisner and colleagues in a paper published in the journal Nature Synthesis. But doing this conversion simultaneously in an integrated process has been challenging.

Researchers have been focusing on developing catalysts to easily and efficiently convert captured carbon dioxide emissions into plastics and fuels. And there have been reports of ways to turn plastic waste into sustainable fuels using various techniques, including some powered by light.

The Cambridge team developed a solar-powered reactor that can convert both waste streams into useful chemical products at the same time. The reactor has two compartments, separated by a membrane, with an electrode on either side. On the negative electrode, carbon dioxide is converted into different carbon-based fuels such as carbon monoxide or formate.

At the positive electrode, meanwhile, plastic from discarded sparkling water bottles is converted to glycolic acid, a chemical that is used in the pharmaceutical and cosmetic industries. The researchers first clean and chop the bottles into pieces, dip them in liquid nitrogen, and then pulverize them in a grinder. 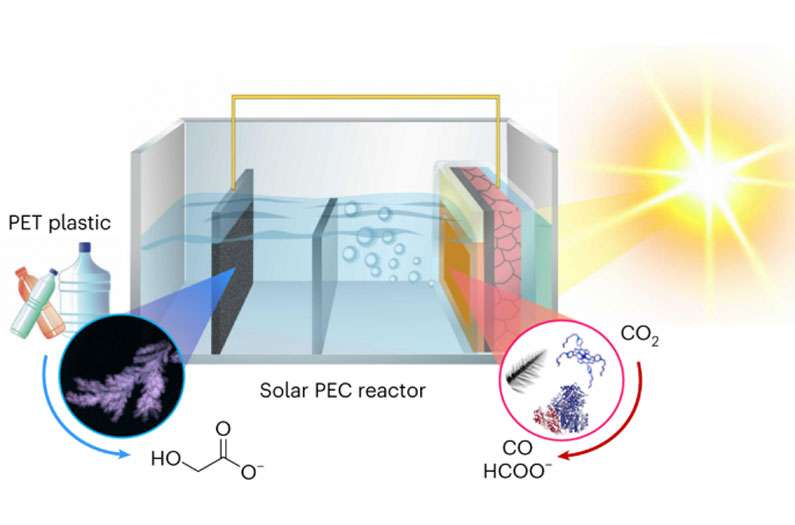 To absorb sunlight for fueling the chemical reaction, the researchers coated the carbon-converting electrode with a perovskite material. Perovskites, an exciting new material for solar cells, are very efficient at absorbing sunlight and creating electricity.

Picking the right catalyst that triggers the carbon dioxide conversion reactions was key. The researchers used three different catalysts, based on cobalt, a copper–indium alloy, and a biological enzyme. The reactor gave different fuels as end products depending on the catalyst used. On the plastic conversion electrode, they use a copper and palladium anode.

Recommended Reading:
How about powering ocean cleanup ships with the plastic they collect

The reactor is efficient, and produced the chemicals and fuels at rates 10 to 100 times higher than conventional ight- and catalyst-triggered processes to convert carbon dioxide into fuels. And it did this without needing any external electricity.

“Generally, [carbon dioxide] conversion requires a lot of energy, but with our system, basically you just shine a light at it, and it starts converting harmful products into something useful and sustainable,” said co-author Motiar Rahaman in a press release.