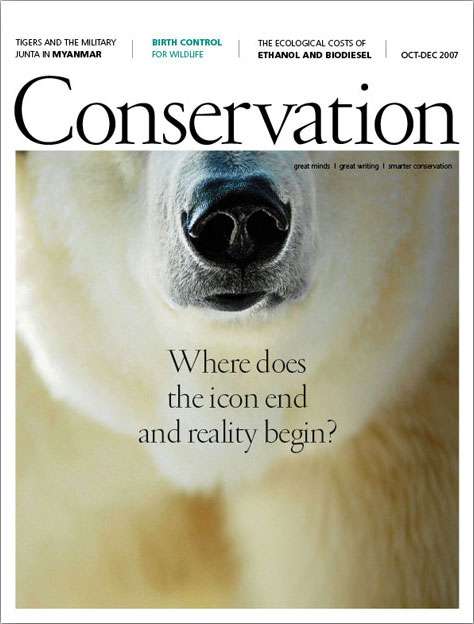 SAINT URSUS MARITIMUS
Icons are about simplicity and clarity. No gray areas. But what happens when the real polar bear clashes with the symbol it has become?
by Jim Robbins

WILDLIFE CONTRACEPTION
Charged with downsizing wildlife populations to fit the geography of the modern world, a small group of researchers is out to replace bullets with family planning.
by Douglas Fox


THE COURAGE OF PREDICTION
by W. Wayt Gibbs

CROSS-SPECIES COOKBOOK
A conservation message served with a shared meal

Life in the Valley of Death by Alan Rabinowitz

The Upside of Erosion
by Nathanael Johnson