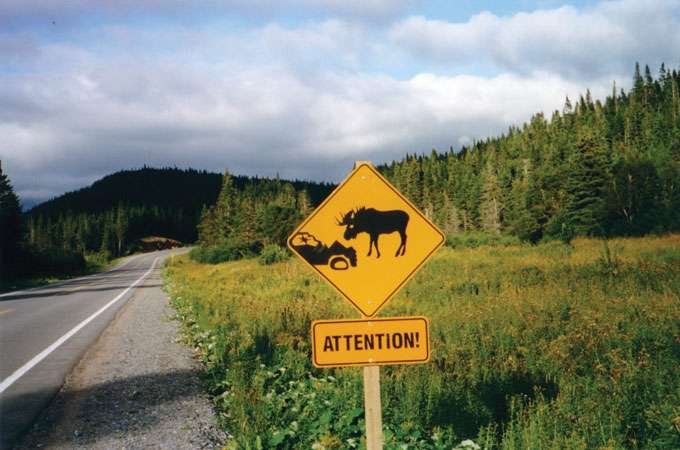 A Rock and a Hard Place

Humans, brown bears, and moose are engaged in a curious, triangular relationship at Grand Teton National Park, Wyoming, according to the recently published findings of a ten-year study. Bears (Ursus arctos) avoid roads (= humans + cars) and so escape a mangled-road-kill fate. Moose (Alces alces) have worked out the logic: roads = not(bears). So when it comes to their exquisitely synchronized birthing season, most moose calves take their first faltering steps in the vicinity of the nearest paved thoroughfare. Over the period of the study, the average distance from birth site to road fell by 122 meters per year. But the use of human infrastructure as a shield against predators is likely to offer only a temporary reprieve, writes Wildlife Conservation Society biologist Joel Berger in Biology Letters. As the grizzly population continues to swell, those ursine appetites will soon outweigh their fear of sport utility vehicles. Nevertheless, the message for conservation schemes is clear: everything we do has an impact on the wildlife we’re trying to protect.