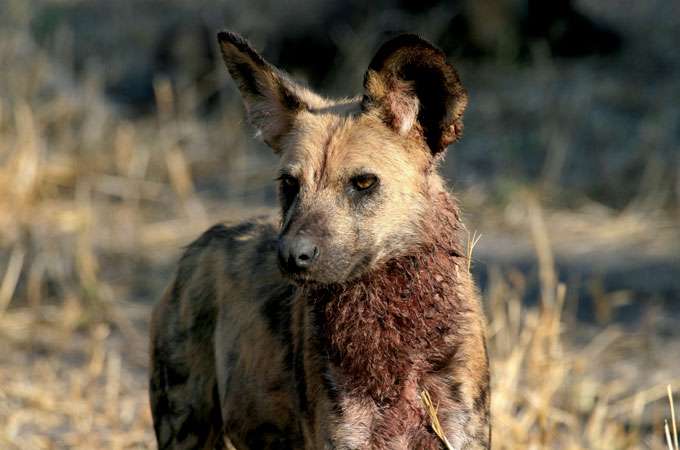 African Wild Dogs May Pay Their Own Way

Ecotourism may be part of the key to conserving Africa’s endangered wild dogs (Lycaon pictus). A new study shows that park visitors are willing to pay a premium for seeing the dogs in their dens, suggesting that this charismatic species could raise funds to help save itself.

“Tourism revenue from wild dogs in large protected areas is more than sufficient to offset the costs and could potentially be used to subsidise wild dog reintroductions or the conservation of wild dogs on ranchland,” say Peter Lindsey, Johan du Toit, and Gus Mills of the University of Pretoria, South Africa; and Robert Alexander of Sweet Briar College, Virginia; in the June 2005 issue of Biological Conservation.

South Africa has perhaps 400 wild dogs out of an estimated 5,700 total, and recent conservation efforts have focused on reintroducing them into reserves. Although reintroductions are costly, carnivores are so popular that the dogs might be able to secure their own funds if enough people would pay to see them. Tourists are likely to get their money’s worth because the big-eared, dappled dogs are generally easy to find during the winter, when they stay near their puppies’ dens.

To see whether ecotourism could offset the costs of reintroducing wild dogs, Lindsey and his colleagues assessed how much tourists would pay for tours to wild dog dens at four reserves in South Africa (Kruger and Pilanesberg National Parks and Djuma and Ngala Game Reserves). The researchers also estimated the finances of combining ecotourism operations with conserving wild dogs in Kruger National Park as well as on ranchland and with reintroducing the dogs to fenced reserves.

Most of South Africa’s remaining wild dogs live in Kruger National Park, and the survey indicated that nearly three-quarters of the tourists there were willing to pay US$12 extra to see the dogs. The researchers calculated that the annual ecotourism income from a ten-dog pack (about US$9,000) would more than cover the annual costs of conserving the park’s entire population of 21 packs (less than US$5,000). Moreover, the park attracts so many visitors that they could fill tours to see several packs, suggesting that ecotourism operations could raise enough money to conserve and reintroduce wild dogs elsewhere.

Although promising, ecotourism is not without risks to this endangered species and would thus require monitoring. Wild dogs tolerate people up to a point but will move their young when disturb-ed, making the pups vulnerable to predators, including lions (Panthera leo) and spotted hyenas (Crocuta crocuta).

Now Lindsey is part of a team that is meeting with lodge owners and other community members in Kenya to work toward establishing wild-dog-based tourism on ranches. “If local people can start to derive benefits from the dogs, the chances of long-term coexistence between the two are greatly enhanced,” he says. Given the popularity of large carnivores with city-dwellers, this approach might also help resolve conflicts between rural landowners and the bears and wolves being re-established in Europe and North America.