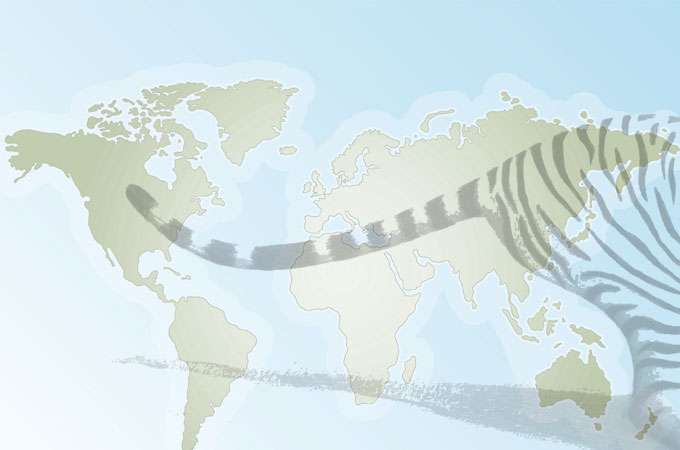 Are We Putting Tigers in Our Tanks?

Fossil fuels burned in 1997 were generated from carbon equal to 422 years’ worth of Earth’s current productivity, or 73 times the global standing stock of vegetation. To replace our fossil fuel use with biofuels, humanity’s footprint would have to increase by 50 percent (1).

Much of the new biodiesel will be made from imported oils. For example, one refinery opening in 2007 will have an annual capacity of 300,000 tonnes and plans to use palm oil for 30% of its production (4).

Brazil has 10 biodiesel refineries with another 40 under construction. The government recently passed a mandate of 5% biodiesel in all commercial diesel by 2013. Much of the new biodiesel will be made from soybean oil (7).

In 2005, Indonesia and Malaysia together provided over 42%, by value, of the EU’s imported animal and vegetable oils, fats, and waxes (12).

Malaysia’s Ministry of Plantation Industries and Commodities announced in July (13) that Malaysia and Indonesia, which together produce 40% of the world’s palm oil (14), would be setting aside 40% of their crude palm oil output for biodiesel production (13).

In October, Malaysia began mixing 5% biodiesel into all its diesel fuel and has approved plans for 52 new biodiesel processing plants (16).

Endangered megafauna such as Sumatran tigers, orangutans, and Sumatran rhinoceroses live in those areas in Indonesia most at risk for conversion to oil palm plantations (18).

Indonesian president Susilo Bambang Yudhoyono has promised US$110 million as assistance to farmers to plant oil palms and other biofuel crops (16).

The explosive growth of the biofuel industry has been accompanied by an equally vigorous debate among conservationists about the unintended consequences of using crops to meet our energy needs. A little digging will turn up a multitude of opinions on the subject, with outlooks ranging from enthusiastic to distinctly bleak. We’ve chosen a few notable articles to provide an entry point to the conversation.

Biodiesel: The World’s Most Carbon-Intensive Fuel?

On the Ground in Borneo

News and Views from the E.U. and U.S. Biodiesel Industry

(3) Urbanchuck, J. 2006. Contribution of the biodiesel industry to the economy of the United States. National Biodiesel Board, Jefferson City, MO.

* Data in the FAO statistical databases are updated frequently and are subject to change. The data for this article were retrieved in November 2006.