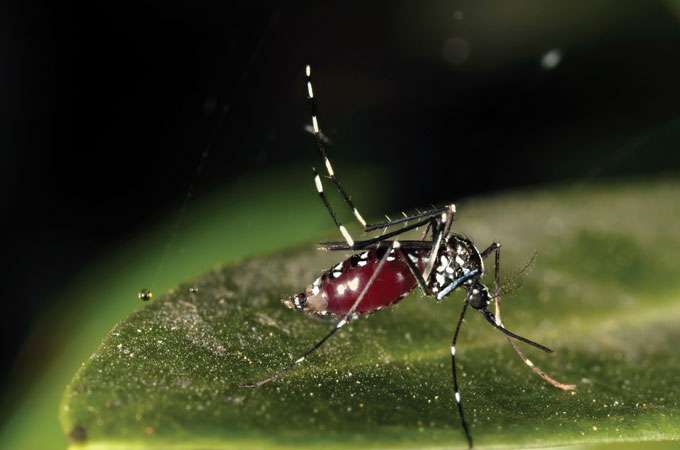 Biodiversity could help control West Nile virus (WNV), an untreatable disease that can spread from wild birds to people. The key is that some birds are poor hosts for the virus, and new research suggests that the greater the diversity of these species, the lower the incidence of the disease in people.

These findings are reported in Proceedings of the Royal Academy: Biological Sciences by Vanessa Ezenwa and three coauthors. Ezenwa did this work while at the U.S. Geological Survey in Reston, Virginia, and is now at the University of Montana in Missoula.

WNV first appeared in the U.S. in 1999 in New York City and has since spread to 48 states, Canada, Mexico, and the Caribbean. The disease is more widespread and severe in North America than in the Old World, with a 2002 Louisiana epidemic killing 24 people and costing more than $20 million.

Other studies have shown that biodiversity can reduce the risk of Lyme disease, which is spread from wildlife to people by ticks. The link between biodiversity and Lyme disease is called the dilution effect: greater diversity of species that are poor hosts means fewer disease-carrying ticks and thus fewer infected people. Similarly, WNV is spread from birds to people by mosquitos, raising the question of whether diversity of poor hosts could reduce the risk of this disease. Passerine birds (primarily songbirds) tend to be good WNV hosts, whereas non-passerines are poor hosts.

To see whether the dilution effect applies to WNV, the researchers assessed passerine and non-passerine diversity as well as the incidence of the disease in Louisiana. First, they surveyed birds and determined mosquito WNV infection rates at six study sites in St. Tammany Parish. Then, they analyzed existing statewide data on bird diversity and human WNV incidence by parish in 2002 and 2003.

Although the increased severity of WNV in the Americas is generally ascribed to differences in the virus or the mosquitos, this work shows that the “epidemics might be strongly influenced by diversity within the bird community,” says Richard Ostfeld of the Institute of Ecosystem Studies in Millbrook, New York. “This is a refreshing new ecological view.”