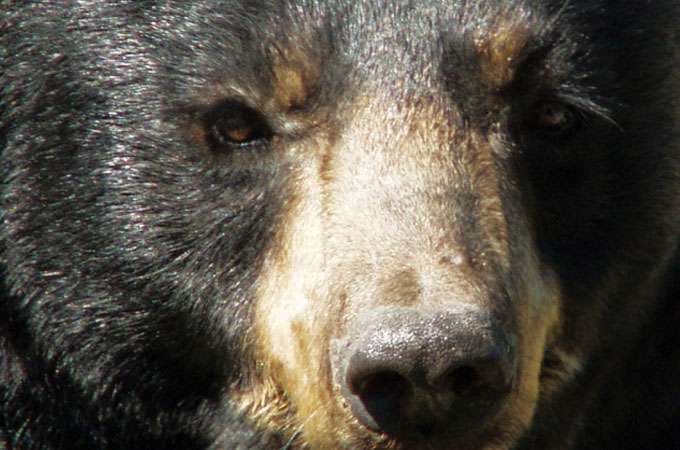 Deer overpopulation is blamed for a host of ecological woes, from wildflower losses to songbird declines. Now there’s an unexpected addition to the list: new research suggests that white-tailed deer have driven black bears to extinction on Québec’s Anticosti Island.

“To my knowledge, this is the first evidence of what appears to be the indirect extirpation of an abundant large carnivore by an introduced herbivore,” says Steeve Côté of the Université Laval in Québec, Canada, in Conservation Biology.

Historical records dating to the 1600s show that black bears (Ursus americanus) were once abundant on Anticosti Island. But the population plunged during the first half of the twentieth century, and today there are no bears left on the nearly 8,000-km2 island, which lies 35 km off the mainland.

What went wrong? In the late 1800s, a couple of hundred white-tailed deer (Odocoileus virginianus) were introduced to the island. The population exploded to more than 50,000 in a matter of decades. Côté found that the link between deer and bears is the berry-producing shrubs that deer browse and bears depend on. Black bears in northern forests gorge on currants and berries in the late summer and fall to get ready for hibernation, eating as much as one-third of their weight in fruit each day. The Anticosti bears had no other food sources in the fall because the island’s forests lack nuts and seeds and there are few salmon.

Côté discovered that, like the bears, the berries have essentially vanished from Anticosti Island. He led a team that surveyed the island for deciduous shrubs in the summers of 2001 and 2002 and found that there were very few stems of the species most common to northern forests.

Then the team surveyed the island for berries in the summer of 2004 and found there were hardly any at all. Previous studies in Alberta have shown that black bears need at least 66 berries per square meter just to maintain their weight. In contrast, Côté found that the island had only 0.28 berries per square meter, a level far below the minimum for maintaining weight, let alone gaining weight for hibernation.

“The amazing part about Steeve’s work is how it turns conventional wisdom on its head,” says Joel Berger, a scientist with the Wildlife Conservation Society. Berger notes that a paper published in 1921 by the Journal of Mammalogy was titled “The Black Bear as a Destroyer of Game.” In it, one witness describes a black bear killing an elk calf. “Now,” says Berger, “Côté has shown that white-tailed deer can have the reverse effect on a carnivore.”