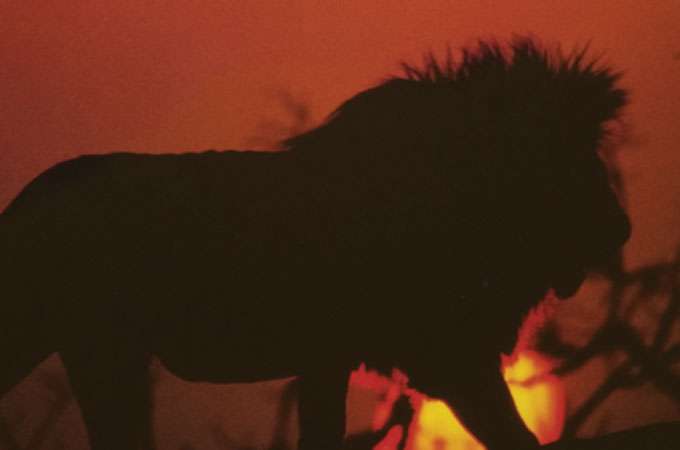 A Most Dangerous Game

The Man-Eaters of Eden
By Robert Frump
The Lyons Press, 2006
Reviewed by David Baron

IN CONSERVATION CIRCLES there is a fact of nature that many consider impolitic to mention: big cats on occasion eat human beings. Just look at how environmental groups respond whenever a cougar jumps an L.A. mountain biker or a leopard drags off a Bombay slum dweller. The cat must have been sick or starving, an activist will tell the local paper. Healthy animals do not view humans as prey.

This oversimplified, politically correct mantra is repeated with the best of intentions. After all, the threat posed to people by wild cats is minuscule compared with the threat people pose to the cats, and the admission that man-eating sometimes occurs may hurt the cause of conservation. Yet as journalist Robert Frump demonstrates in The Man-Eaters of Eden, hiding the unpleasant realities of carnivore behavior can impede wise and ethical conservation decisions.

Frump’s book reads as a kind of ecological exposé. In it, he reveals that in one of Africa’s most treasured wildlife preserves, Kruger National Park in South Africa, lions have been eating people for decades and park officials have hidden the true death toll, which could number in the thousands.

It may seem an audacious, even ridiculous, claim. After all, how could such an epidemic of man-eating go unrecognized and unaddressed? Wouldn’t tourists be afraid to venture there? But it is not tourists who are being eaten; it is impoverished, dispossessed Africans.

The story begins a century ago, when the general public and even conservationists viewed lions as worthless and destructive. In the game reserve that would later become Kruger National Park, rangers targeted lions for extermination. “They were to be trapped, poisoned, run down by dogs, ambushed by trip guns, speared, snared, and hunted from horseback until they were gone for good,” Frump writes. Therefore, in Kruger’s early years, lions were scarce and those that remained learned to fear people.

By the late twentieth century, the situation had changed dramatically. Kruger’s lions, now protected, had grown abundant, and they had habituated to the presence of gawking tourists in Land Rovers. The public embraced lions as noble creatures. Frump reports that the disconnect had grown so large between the true nature of predators and popular notions of them that one teenage girl, when seeing a lion pull down its prey, remarked innocently, “Is the lion hugging the zebra, Daddy?”

Upon this surreal stage entered refugees from neighboring Mozambique. Fleeing famine, floods, and war and seeking jobs in South Africa, hundreds of thousands trekked across the border, with many entering the country through Kruger. These refugees, weak and sick and traveling in small groups at night to avoid border patrols, frequently stumbled upon hungry lions that, no longer afraid of people, soon discovered the humans could serve as easy prey.

Park rangers were well aware of the carnage. They found human remains in the bush. They recovered the occasional personal item, such as a wallet with Mozambican currency, from the stomach of a lion. And they heard harrowing tales, such as that of an 11-year-old girl found wandering in the park who hid in a termite mound while a pride devoured her mother.

This is disturbing stuff, but more disturbing is the fact that for years almost no one was willing to confront the problem. Environmentalists, loath to publicize—let alone recognize—a downside to lion conservation, shut their ears. The South African government, whose strict immigration laws made it nearly impossible for Mozambican refugees to enter the country legally (and therefore prompted them to sneak across the border), was slow to address its role in the deaths. And Kruger officials, understandably reluctant to kill lions without proof that a specific cat was a habitual man-eater, were also unwilling to haze lions to re-instill some fear of humans. “The lions would avoid the roads,” Frump explains. “The tourists would not come in such numbers.”

On a continent where millions die annually from AIDS, malnutrition, and violence, some wildlife advocates might dismiss the deaths in Kruger as acceptable, especially since the risk from lions is “natural.” But Frump’s point is that the man-eating at Kruger is not strictly natural. People created the conditions that led to it, and people therefore have an obligation to craft a solution.

Toward the end of the book, Frump introduces one man who devised at least a partial solution. Albert Machaba, chief ranger for Kruger’s central district, became so distressed by official inaction that he began making unofficial visits to Mozambique to speak with would-be migrants. “I know that your people and your relatives or your friends or your cousins will cross [into South Africa],” he acknowledged. Then he offered a bargain: “If you cross in groups of thirty”—large enough to scare lions away—”I will not stop you or try to catch you.” Machaba’s was a simple, pragmatic compromise, and it worked. In his district at least, the behavior of humans changed, thereby altering the behavior of lions and saving the lives of both.

The Man-Eaters of Eden does not lay out this tale in as thorough a fashion as one might hope. Frump did most of his research during a single reporting trip to Kruger—a trip that he uses as the book’s narrative thread—which makes it a thinly reported volume. The book would have benefited, in particular, from more firsthand accounts of the refugees. But Frump provides a useful case study in the complex interplay between culture, politics, economics, and ethology, and his book teaches an important lesson: hiding the truth about animal behavior is not always a victimless crime.