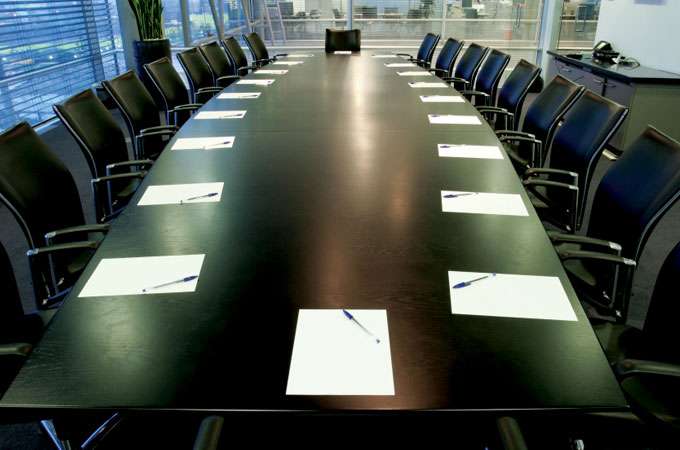 WorldCom, Enron, and Tyco and their financial disasters seem far distant from the conservation world’s goal of protecting rare species, preserving environmental quality, and maintaining the world’s biodiversity. But the downfall of these economic giants has led investors to demand more detailed accounting. Now the nonprofit Global Reporting Initiative (GRI) is providing businesses with internationally accepted guidelines for presenting information about environmental sustainability as an accompaniment to traditional financial reports.

Robert Massie was the founding chairman of the GRI board and is now Senior Fellow at Ceres, a U.S.-based network of investment funds and environmental organizations working to promote environmental stewardship on the part of businesses. In 1997, when he was Ceres’ executive director, he started asking businesses what it would take to help them make sustainability reporting routine.

Massie was able to forge a working relationship with the United Nations Environmental Programme, and he organized a board of directors and a network of supportive businesses to found GRI in late 1997. By 2002 the Initiative had released its first full set of guidelines, designed with the cooperation of important business stakeholders.

The Initiative’s central goal is to provide free guidelines and performance indicators for sustainability reporting. These are both qualitative and quantitative measures of eco-nomic, environmental, and social sustainability.

Economic indicators include an organization’s impacts on its stakeholders and on local, national, and global economic systems—from wages to taxes to subsidies. Environmental indicators outline the organization’s effects on natural systems and include an evaluation of energy, material, and water use; greenhouse gases and other emissions; and effluent and waste generation. Social indicators detail how an organization handles labor practices, human rights, and broader social issues.

Roughly 700 multinational companies, including Ford Motor Company, Nike, and International Paper, are now using the guidelines to prepare sustainability reports. The Initiative also has a 60-member stakeholder council to help make strategic recommendations and help revise the guidelines. Businesses like General Motors, socially responsible investment groups like the Calvert Group, and nonprofit organizations such as Social Accountability International are all represented on the stakeholder council.

Det Norske Veritas (DNV) is an international risk-management company that operates in roughly 100 countries, with its headquarters in Norway. Tore Høifødt, senior vice-president for corporate communications, says DNV supports the GRI initiative because it is an important tool in helping companies understand the whole of their business, not just the financial aspects.

“We feel the triple bottom line (financial, environmental, and social) is an important way of evaluating how a business is performing. The financial bottom line is too narrow,” Høifødt said.

The GRI report showed that DNV’s greatest environmental impacts came from executives and consultants traveling to meet clients. More challenging to document were the less tangible aspects of corporate social responsibility. For example, the company operates in Nigeria, a country infamous for bribes and black markets. Conducting the GRI reporting led the company to create a corporate social responsibility action plan, he said.

Most of the companies that have chosen to conduct nonfinancial reporting are multinational organizations, says Careesa Gee, communications coordinator for GRI. Many initially undertake the nonfinancial report because of shareholder initiatives, but companies often find that they learn a great deal during the reporting process.

Janet Ranganathan, director of the Biological Resources Program for the World Resources Institute in Washington, D.C., says that the process of preparing a sustainability report according to GRI guidelines offers companies a unique view of both their environmental risks and their opportunities. Often, the same changes that will protect the environment can also save a company money. Ranganathan describes how one automobile manufacturer used the GRI process to find out which of its factory locations were in areas where water is scarce and then set targets to reduce water usage in those factories. “Water costs money,” she said. “This was a real opportunity for them.”

In spite of its successes, sustainability reporting remains in its infancy. The biggest problem is uniformity in reporting. The GRI guidelines are designed to be universal across industries, but industry impacts can be quite varied.

GRI tackled this problem by creating supplements to the guidelines. Most recently, the group produced such a document for the mining-and-metals sector and is in the process of developing a supplement for the transportation industry. A next generation of guidelines, the G3, is due to be released in 2006, with improvements such as more-detailed technical protocols, calculation methods, and reporting units.

“Transparency is becoming the norm, and investors, clients, corporate boards, authorities, and neighbors will increasingly expect companies to account for their sustainability performance as a matter of routine,” says Ernst Ligteringen, Chief Executive of GRI.

A survey of the use of GRI standards by S&P 100 Index companies can be found on the website of the Social Investment Research Analyst Network (www.siran.org).