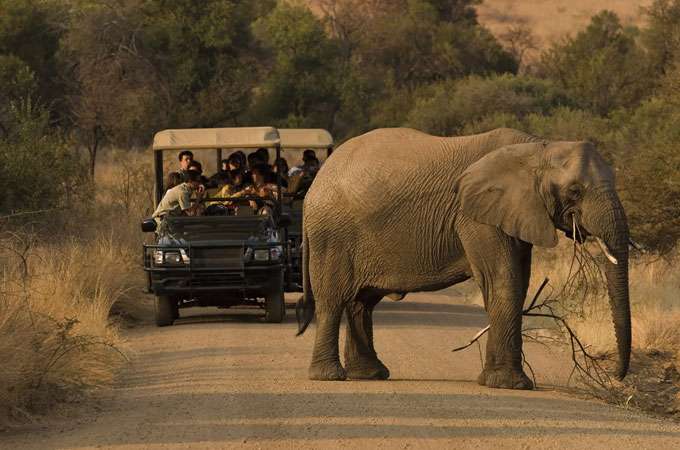 Protected areas can suffer from too much love. In the Galapagos Islands, tourism has brought invasive species and overuse. But it has also boosted the local economy. So the question is, how can we protect biodiversity without shutting down local tourism industries?

A new proposal based on the cap-and-trade concept now used to curb pollution emissions could help solve the problem. It would treat protected-area visitor permits as tradable commodities, limiting their number while raising capital through the sale of quotas.

The program is the brainchild of Lars Smith, director of the graduate program in finance at the CERAM Sophia Antipolis business school in France. Smith spent several years conducting wildlands research in Africa during the 1980s before entering the business world. In 2003, on a return visit to Tanzania’s Lake Eyasi, he saw an opportunity. Admission fees from the Ngorongoro Conservation Area and Serengeti National Park were subsidizing all of Tanzania’s other preserved areas, and Smith wondered whether smaller areas could start funding themselvesóand conservation. Then last year, while creating a blog as part of a conservation finance course, Smith learned of an Icelandic program in which sport fishers bought salmon-catch quotas from commercial fishermen, thus reducing pressure on the species.

Smith’s plan for protected areas is similar to tradable fishing quotas and the U.S. sulfur dioxide cap-and-trade system. The cap, in this case, would be the total number of people allowed into an area each day. People would buy quotas online much as they buy airplane tickets, with prices varying according to supply and demand. Tour companies could use quotas to attract customers; conservation groups might purchase and retire them to reduce pressure on an area and fund conservation; and armchair travelers might buy them to support endangered species. Quota sales would go directly to protected areas to fund conservation, and regular biodiversity inventories would be conducted so that quota holders could see their investment at work.

The market could also help develop support for parks and preserves among local residents. In Africa, Smith says, “Parks are mainly seen as a rip-off, protecting wild animals for foreign tourists.” If, however, some of the quotas were given to local communities, they could sell them for income.

Yet selling access to the highest bidder raises ethical issues in cases where an area was once open to all, rich or poor. And if quota buyers simply sit on their quotas, says Georgia State University economist Paul Ferraro, they could ding visitor-focused local businesses.

But Ferraro and others think the idea has potential. Smith has so far fielded encouraging responses from
a foundation in Latin America, a development bank in Asia, and even Chicago Climate Exchange founder Richard Sandor.