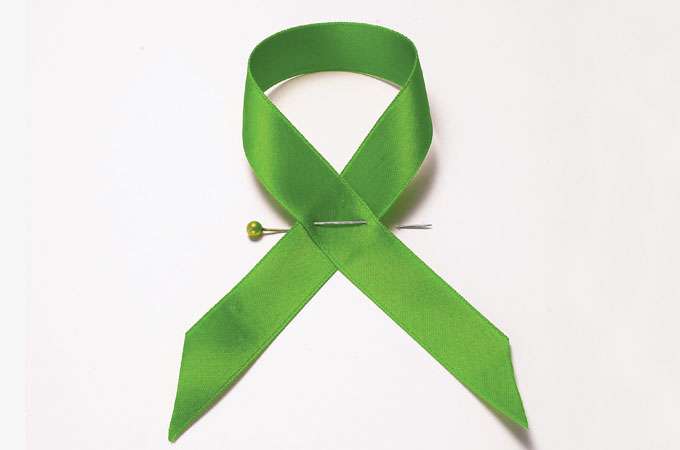 Cancer on a Whole Species

The story of the devil unfolds much as a kind doctor delivers bad news. It all started in 1996 when Dutch wildlife photographer Christo Baars took photographs of two different devils from Mt. William, in the far northeastern corner of Tasmania. Both devils suffered identical disfiguring tumors on their faces: large, raw, and bloody cauliflower-like growths. They were so garish and unusual that Baars went out of his way to show the pictures to Nick Mooney; if anyone knew what was going on with the devils, Mooney would.

Mooney is a wildlife biologist with the Tasmanian government, and the protection of Tasmanian devils has been his own special project. For 30 years, his job has been to reconcile landowners who suspected devils of eating their sheep and chickens with the fact that the devil was a protected species (he has hand-raised many). But in the late 1990s, he started to have a niggling feeling that something was wrong—devils usually scrub the land clean of dead animals, but there was a reported buildup of uneaten wallaby carcasses in the northeastern part of the state. Meanwhile, devil sightings were dropping, and fewer were turning up as roadkill.

The moment Mooney saw Baars’ pictures, he knew that the devil was in trouble. And he was right. A decade later, devil facial tumor disease (DFTD), a gruesome cancer, is wiping out the world’s last large marsupial carnivore. It has killed nearly half of all the devils and has spread like an unstoppable invasion, now covering two-thirds of the island. In some areas, devil populations have dropped by 90 percent, and the one in ten animals left is probably a migrant, not a survivor.

All models point to extinction within 20 years. This is a disease unlike any we’ve known. So far, every devil that grows a tumor dies, and no devil seems to have any resistance.

When Mooney showed Baars’s photos to the state’s veterinary pathologists, they were intrigued. They came up with many theories, ranging from devils being exposed to toxins such as herbicides and pesticides to viral infections jumping from feral cats to devils. But, Mooney says, it was all just talk and no action; more importantly, no one was allocating funds for further investigation.

So Mooney took matters into his own hands. He enlisted a friend from the U.S., conservation biologist Marco Restani from St. Cloud State University in Minnesota. Restani had come to Tasmania on vacation and met Mooney, and the two found they were kindred spirits. Under the guise of a project Mooney was already working on, he and Restani combined funds, rented a trailer, and started trapping devils in the island’s midlands. Ostensibly, they were plucking whiskers to see if devils were taking poison baits set out for foxes. But in the meantime, they looked closely at every devil for a sign of the tumor. And they found it. There in the central highlands of the state, over 100 kilometers southwest from Mt. Williams, where Baars first took his photographs, they found devils with tumors—and lots of them.

And they were not the only ones finding tumors. In 1999, University of Tasmania researcher Menna Jones was trapping devils on the eastern Freycinet Peninsula in Freycinet National Park (about 150 kilometers directly south of Mt. William) to study their genetics. If she had set out to monitor the disease, she couldn’t have planned a more perfect time.

Jones was trapping devils as the disease was infiltrating and decimating the local population. She saw it first in adult males. Jones would capture the same males again and again to record how the tumors grew and spread—starting on the face and cheek, then invading the jawbone and displacing teeth. The animals were dying so rapidly that, after three months, she seldom saw the same sick animal again. In a short time, the disease had taken most, if not all, of the adults. Soon after that, the juveniles began showing up with tumors.

Ultimately, Jones’s documentation made it clear that the tumor was infectious. And it wasn’t a leap to figure out how the animals spread it: devils are feisty, and when they congregate at a carcass they often shriek and squabble—thus their ferocious reputation—biting each other on the face and cheeks. The devils also nip each other in their rough and rowdy courtship. It became clear that every piece of the devils’ behavioral repertoire worked to spread this deadly disease.

The next ominous discovery was made by Anne-Maree Pearse, a nearly-retired hospital laboratory pathologist. Pearse went to graduate school with Steven Smith, a biologist who heads up the Save the Tasmanian Devil project for the state. She volunteered her time and expertise to help out. When she stained the nuclei of tumor cells from several different devils, she saw that the chromosomes were abnormal. The “legs and arms” of the chromosomes looked as if they had been cut off and glued back together in arbitrary places. This was not too surprising; lots of tumor cells have rearrangements in their chromosomes. But what was surprising was that all the tumor cells, whether from one devil or another, had exactly the same rearrangements—the bizarre rearrangements were identical.

Pearse sent pictures of the slides to Jennifer Graves, a marsupial genomics expert at the Australian National University in Canberra. “I nearly fell off my chair,” said Graves. What she immediately understood echoed what Pearse had thought but hadn’t dared say aloud. This tumor was a clone.

In essence, the devils in nature were doing what scientists do in the lab: creating tumors in animals by injecting tumor cells. When infectious diseases cause cancer (which happens rarely), tumors occur as a kind of by-product—cells stressed by infection go haywire. The devil tumor might have started this way. But now, the same cell—or rather a clone of the same cell—is being passed from devil to devil to devil. Cloned tumor cells from the first devil tumor are now growing in thousands of new victims. This is not a tumor on an animal—it is a tumor on a whole species.

The devils’ tumors were like transplants between animals, not so different from a kidney transplant from one person to another. In the case of a kidney donation, however, the recipient’s immune system acts against the transplant and the patient needs anti-rejection medication for the rest of his or her life.

This begged the question: why weren’t the devils rejecting the tumor cells? After all, the cells come from another devil and should be recognized as foreign invader cells. Was there something wrong with the Tasmanian devil’s immune system?

The answer is complicated and further compounds the devils’ predicament. Normally, all cells have labels that distinguish one individual from another. But when scientists looked closely at the devils’ cells, they discovered that every devil cell everywhere had the same label. It was as if all devils were identical twins. The devils’ immune systems didn’t attack the tumor cells because there was no way to tell that the cells didn’t belong there. This is because the devils are highly inbred, probably a result of being forced through a genetic bottleneck when they were pushed off the mainland to Tasmania some 400 years ago. In short, the species lacks the DNA resources to protect it from any disease, especially such a nefarious one as this.

In the field of conservation biology, the dogma until now has been that disease is a natural part of the ecology of a species. Populations suffer declines but not extinction. But this applies to diseases passed between victims by chance contact. When there are lots of animals around, the diseases are easily passed on from one to the other, just as it is easy to hit billiard balls on a table when all the balls are out. But as animals die and the population falls, there are fewer and fewer interactions because the animals are farther and farther apart.

Once again, the devil defies the norm. In the case of DFTD, transmission occurs not by chance but because the devils seek each other out—for mating or because they congregate to feed on a carcass. Now, it is as though someone were aiming the disease, like a pool shark aiming at the last few balls on the table. DFTD acts more like a human sexually transmitted disease than it does a typical wildlife disease. If there were only two devils left in the world, you would want them to breed. But what if one had a tumor?

Short of that not-so-distant reality, the last and best hope may be to remove some healthy devils to a kind of interim ark. Menna Jones is working on establishing insurance populations, some on mainland Australia and perhaps, if they won’t disturb local fauna too much, putting devils on islands off the coast of Tasmania. In the meantime, the disease will be left to burn itself out, killing all the remaining devils unless—hope against hope—there are some devils left with enough genetic diversity to reject this thing. Then, perhaps some fifty years in the future, the “ark” could be opened up and devils released back into Tasmania.

It seems like a long shot. But conservation has always been part science, part gamble, and part passion. The devil stirs special feelings. As I watched one Tasmanian biologist and trapper tenderly weigh, draw blood, and open devils’ mouths to check for tumors without sedation or struggle, I was reminded of Tracy Kidder’s book Mountains beyond Mountains. Kidder profiles Paul Farmer, the internationally renowned physician who has worked for decades treating HIV and tuberculosis in remote corners of the world. In one chapter, Kidder describes how Farmer walks for seven hours to see just two patients in the mountains of Haiti. Was it worth it? Kidder asks. Farmer’s answer was simple: you do what you can, you take care of what you see in front of you. Then you ask why others don’t do the same—so there would be enough physicians to take care of all the far away patients in the world. Could we say the same for conservation?

None of the usual suspects that drive species to the brink of extinction (habitat loss, climate change, etc.) are at play in the Tasmanian devilís demise. In fact, the devils seem well-suited to pastureland, tree plantations, and even their human neighbors. Ranchers shoot wallabies, and the devils feed on the fresh carcasses. Devil populations have always fluctuated, at times severely. But theyíve always rebounded. In the mid-1990s, some estimates were as high as 150,000 animals (down to about 50,000 by 2002). Perhaps thatís why devil facial tumor disease did not initially draw much attention. Nick Mooney (left) saw what others didnít. In 2006, he won an Australian of the Year Award for his work to save the Tasmanian devil.

DFTD could provide clues into how cancer is triggered in humans. Although genes can go haywire and trigger malignancy in any cell, DNA seq-uencing errors are more likely to occur in cells where the chromosomes are in some way rearranged. As best researchers can tell, chromosome rearrangements occur randomly. But the rearrangements in the DFTD cells have persisted unchanged and spread from individual to individual for over ten years. That makes them good candidates for research. Itís extremely difficult to track down the genetic errors that trigger malignancy. But the DFTD chromosomes are like neon signs pointing the way to where wayward genes might be hiding. Right: A wildlife biologist checks a Tasmanian devil for signs of DFTD.

Trained as a veterinarian, Cynthia Mills has been writing about animal and wildlife issues for over ten years. Dr. Mills studies the role disease plays in extinctions and how environmental degradation promotes disease emergence. Her writing has been included in the Best American Science and Nature Writing anthology.