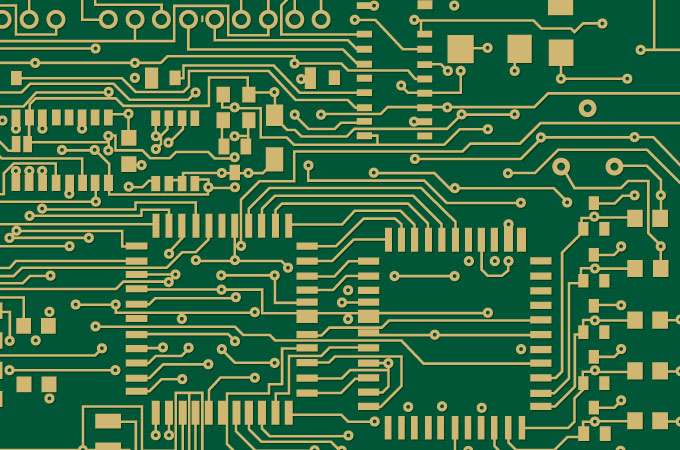 Brad McRae was studying cougar populations when he ran into a problem. He knew the populations’ genetic makeup, and he had good maps of the cats’ habitat. But he couldn’t explain how the landscape influenced the way the animals—and, in turn, their genes—traveled between groups.

The search for a solution led McRae, now a biologist at the National Center for Ecological Analysis and Synthesis, to his past life as an electrical engineer. He had a hunch that the way animals travel through a landscape might be similar to how electricity moves across circuits. If that were the case, circuit theory would help explain how genes disperse.

Big cats and tiny circuits don’t have much in common, but McRae was on to something. It turns out circuit theory can predict gene flow better than biologists’ standard methods. Even better, it could be an important new tool for designing wildlife corridors, which help animal populations stay connected when human development encroaches on their habitat.

To understand how McRae’s method works, think of two patches of habitat as nodes in an electrical circuit. Animals and plants (or, at the root of it, their genes) are the currents that flow between the nodes. To get from node to node, electric currents take as many paths as possible. As McRae’s reasoning goes, so do genes in the wild. If there’s only one resistor—a single path—the current won’t flow as well. Better for there to be several resistors wired in parallel. In the parlance of conservation, the resistors are corridors, the links between islands of prime habitat. They help plants and animals avoid the problems that can affect small populations, in part by helping them move in search of food and mates. “It’s like a power grid,” says McRae. “If you have more corridors, the network is more robust. Then, if you lose one, the whole thing doesn’t go down.”

But identifying the best corridors to preserve has been a huge challenge, and it’s hard to predict the path any one organism will travel. Meanwhile, the dollars needed to protect corridors are scarce, leaving little room for guesswork.

To hear McRae tell it, though, the approaches now guiding corridor design are too narrow. Traditionally, wildlife managers have relied on a method of analysis called least-cost path (LCP). To predict how organisms might travel, LCP divides a landscape into a collection of cells, then estimates how difficult—or costly—it would be to move between them. Highways and other barriers carry high costs, while intact habitats have low costs. But LCP has at least one serious limitation: it assumes organisms will choose an optimal, least-costly path.

McRae argues that this doesn’t reflect how genes flow in the wild, where organisms usually have many paths to choose from. “LCP models don’t consider how alternative routes might contribute to connectivity,” he said.

McRae’s model does. It sees the landscape as a conductive surface and then calculates all possible pathways between the patches of good habitat. As a result, connectivity between those patches is affected by all corridors between them, not just the most obvious ones. And a test of the model, published in PNAS, showed it could explain gene flow patterns more accurately than the most popular conventional models, including LCP.

McRae and his collaborators are now using circuit theory to pinpoint critical linkages in landscapes, which they say could help make populations more robust when faced with habitat change or catastrophes such as wildfires.