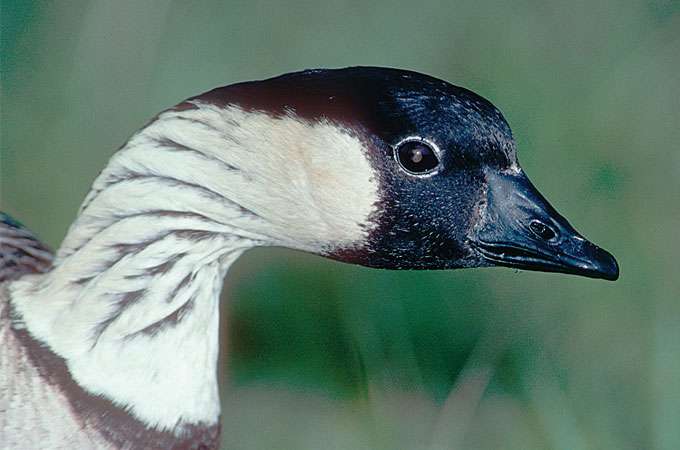 Private landowners don’t have to help endangered species on their property, but conservationists hope they will want to. Several incentive programs encourage habitat protection on private lands in the U.S., and a new study suggests that they can work.

“These incentive programs are the most promising development in endangered species conservation in a decade,” says David Wilcove, who presents this work with Joon Lee in the June 2004 issue of Conservation Biology. Both researchers are at Princeton University in New Jersey.

Since the safe harbor program began in 1995, participation increased steadily to 189 landowners, nearly 810,000 hectares, and 21 endangered species in July 2002. Although most of these agreements are too new to evaluate, several have already been successful. For example, thanks to a safe harbor agreement, the nene (Hawaiian goose, Nesochen sandvicensis) is once more breeding on Molokai after having been extinct there for more than 200 years.

The Landowner Conservation Assistance Program (LCAP) was established in 1999 in the Texas Hill Country to benefit two endangered songbirds, the golden-cheeked warbler (Dendroica chrysoparia) and the black-capped vireo (Vireo atricapillus). In July 2002, 33 landowners had enrolled more than 24,000 hectares to help these birds. “[The] LCAP has proved remarkably popular in the Texas Hill Country, a region where hostility to federal regulations is legendary,” say the researchers. Interestingly, few participating landowners had also enrolled in safe harbor agreements, suggesting that most of them care more about technical help than regulatory relief.

Conservation banks have been operating since the early 1990s, and in July 2002 there were at least 47 banks (39 in California) with a total of 20,000 hectares and 37 threatened or endangered species. Nearly half of these conservation banks had sold credits.

The researchers caution that conservation incentive programs won’t help all endangered species — they are likely to work best for those with habitats that can be restored relatively easily, cheaply, and quickly. That said, “They do appear to be turning the tide for some of the nation’s rarest species,” says Wilcove.