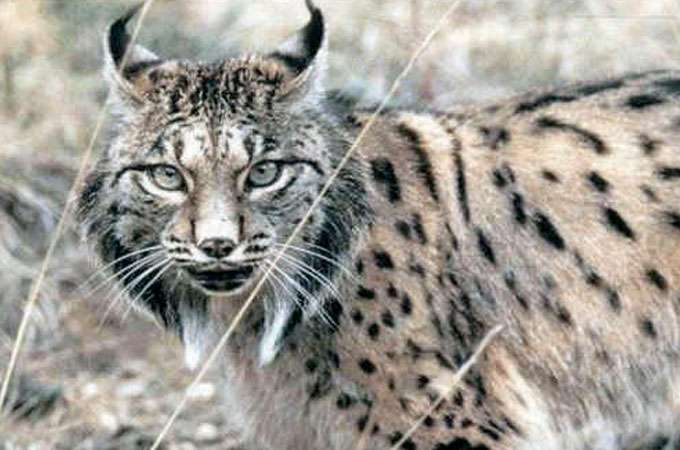 Many species that survived ice ages or evolved on islands naturally have small populations, making extinction a constant threat. A new analysis of two such relict species — the Spanish Imperial eagle (Aquila adalberti) and the Iberian lynx (Lynx pardinus) — argues that, rather than trying to increase these populations, managers should just try to stave off extinction for as long as possible.

“Recovery plans aimed at getting those species off the endangered list are doomed to fail because their populations are and have been chronically scarce,” say Miguel Ferrer and Juan Negro, both of the Estación Biológica de Doñana C.S.I.C., Sevilla, Spain, in the April issue of Conservation Biology.

The Spanish Imperial eagle and the Iberian lynx are found only on Spain’s Iberian Peninsula, where the Mediterranean forests and scrublands they prefer have been cut by more than half over the last century. Despite 20 years and millions of dollars worth of efforts to boost their populations, the two species are close to extinction. There are fewer than 200 breeding pairs of the eagle and only about 150 lynx left.

“Their extreme dietary adaptations made them prisoners of the rabbit in its formerly small distribution area,” say Ferrer and Negro. Being limited to a small area obviously limits a species’ abundance, and smaller populations are more likely to die out sooner.

Although the researchers believe that the Iberian eagle and lynx cannot be “saved,” the species’ extinction could be delayed. Simply maintaining the current populations of the Iberian eagle and lynx is “an enormous challenge that will demand continuous action from wildlife managers,” they say. Ferrer and Negro recommend managing the two species jointly by increasing the rabbit population and preserving the Iberian Peninsula scrub-lands that they both depend on.