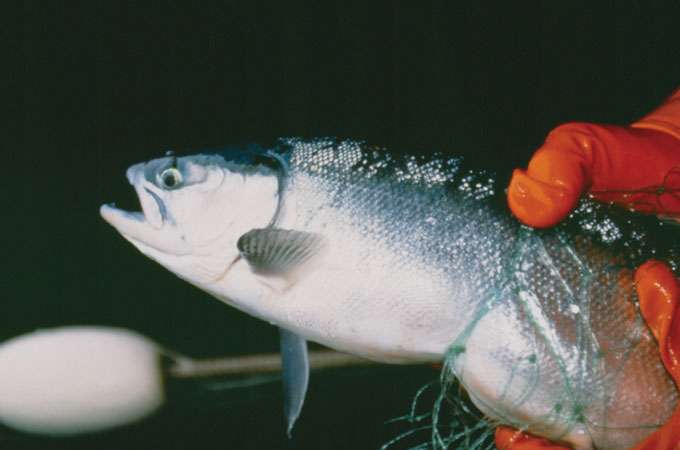 Most conservationists pay more attention to species’ survival than to their evolution. But recent research shows that some of the major factors that threaten biodiversity can also make populations evolve amazingly quickly, often within decades. A new analysis shows how this “contemporary” evolution can complicate conservation, and suggests ways of addressing it in management plans.

”In a world filled with contemporary evolution, conservation efforts that ignore its implications will be less efficient and perhaps even risk prone,” say Craig Stockwell of North Dakota State University in Fargo, Andrew Hendry of McGill University in Montreal, Canada, and Michael Kinnison of the University of Maine in Orono in the February 2003 Trends in Ecology and Evolution.

Contemporary evolution can be driven by three of the greatest threats to biodiversity: habitat degradation and fragmentation, non-native species, and overharvesting. Many populations have adapted quickly to degraded habitats; for instance plants growing in mine waste piles have become tolerant to lead and other metals within 50-70 years.

In addition, contemporary evolution may also contribute to the success of invasive nonnative species, which can adapt and spread rapidly in their new environments. In addition, contemporary evolution can thwart attempts to control nonnative species. For instance, using herbicides on nonnative plants can actually make the problem worse because they can become resistant — agricultural weeds can become herbicide-resistant in just ten years. One way around this problem is to vary the types and timing of herbicides.

Finally, overharvesting a species can drive contemporary evolution when certain groups are targeted. Fisheries can target the biggest individuals with selective gear such as the mesh size of nets, and this can change traits that determine the size and productivity of the population as a whole. For instance, a gillnet fishery decreased the age and size at maturity of the European grayling (Thymallus thymallus) off Norway in only 48 years.

Other management implications of contemporary evolution include evaluating the relative benefits of short- versus long-term adaptation, and manipulating species’ adaptation. Because adaptation generally decreases genetic diversity, short-term adaptation could come at the expense of long-term adaptation, and managers need to know when to favor one over the other. Managers also need to know whether they should help species adapt when their environments are changing too fast for them to keep up, such as by raising a number of generations in an intermediate environment.

While Stockwell and his colleagues challenge conservation biologists to consider evolution in the short-term, they also caution that there are no hard and fast rules. “Application of contemporary evolution to conservation biology is still very much in its infancy,” say the researchers.