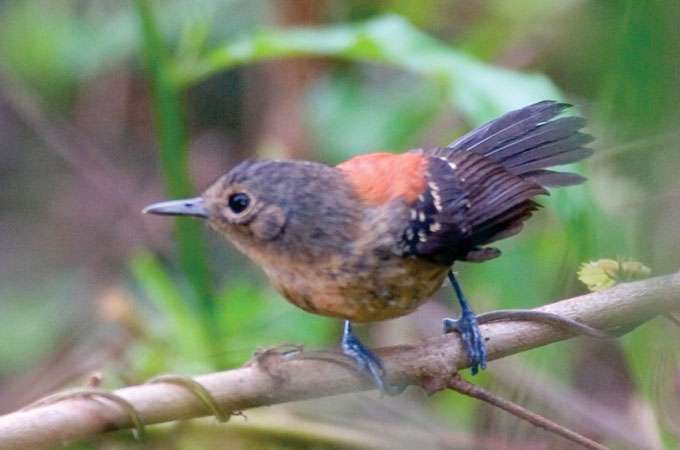 The global outcry over tropical forest loss notwithstanding, some conservationists argue that there are “survivor” species that thrive in the secondary habitats that replace the original forest. But new research shows that this is wrong: these so-called survivor species are just as threatened as the rest, once the original forest is gone.

“Secondary habitat use does not confer added protection against deforestation,” say Grant Harris and Stuart L. Pimm in the December 2004 issue of Conservation Biology. Harris did this work while at Duke University in Durham, North Carolina, and is now with the USDA Forest Service in Anchorage, Alaska; Pimm is at Duke University.

Tropical forest loss is the biggest cause of extinction today. However, some animals continue to live in forest fragments and secondary habitats such as plantations and gardens, leading to the idea that some species can survive deforestation. If true, this could mean that immediate conservation efforts could be focused on other species.

To see whether some species really are “survivors,” Harris and Pimm compared the extinction risks of two groups of birds in Brazil’s Atlantic Forest: those that live only in original forest and those that can also live in secondary habitats. Of the 688 bird species living in the Atlantic forest, 199 live nowhere else. The researchers analyzed 176 of these: 127 that depend on forest and 49 that live in forest but also tolerate secondary habitats. The risk of extinction was based on three criteria known to correlate with being threatened: location (montane vs. lowland), local abundance (rare to common), and range size (original and remaining).

Brazil has lost more than 90 percent of its Atlantic Forest, and the region has more threatened bird species (60) than anywhere else in the Americas. “If some species can now tolerate and live in deforested landscapes (i.e., be survivors), we expected to find them here,” say Harris and Pimm.

Did they find any such survivor species? Sadly, the answer is no, says Pimm. Instead, the researchers found that deforestation threatens bird species that depend on forest as well as those that tolerate secondary habitats. For example, lowland forest-dependent birds are threatened when they are locally rare and had small original ranges. Likewise, secondary-habitat-tolerant birds are threatened by the combination of low abundance and small ranges.

This leaves the question of why some animals go on living in secondary habitats after original forest has been cleared. The answer is that most of these species are abundant locally and have ranges that are large enough to include much of the original forest that still remains elsewhere. “These factors cushion them from deforestation’s harm,” say Harris and Pimm. If more of the original forest in their ranges is cleared, however, the researchers expect that the species that tolerate secondary habitats will become just as threatened as those that depend on forest.