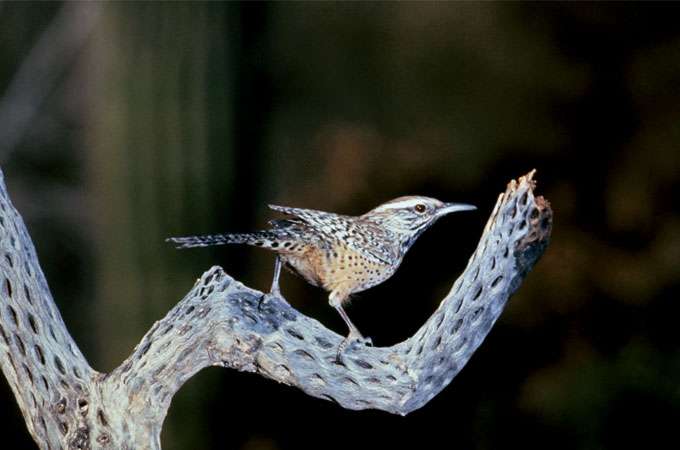 When it comes to subspecies, which ones count? A new study suggests current conservation of bird subspecies is misguided. In fact, there is a dramatic mismatch between named subspecies and genetically distinct populations.

“The focus on subspecies could misdirect conservation effort,” says Robert Zink of the University of Minnesota, St. Paul, in the March 2004 issue of Proceedings: Biological Sciences.

Zink discovered the mismatch between bird subspecies and genetically distinct populations by analyzing existing gene trees, which show which populations within a species are evolving independently and are thus genetically distinct. He compared the mitochondrial DNA variation in 41 non-threatened bird species and in 13 threatened subspecies that live in continental North America.

The results showed that most of the subspecies studied were not genetically distinct. Specifically, subspecies were not genetically distinct in 97 percent of the non-threatened species and in all but one of the threatened subspecies, which include the California gnatcatcher (Polioptila californica californica), the Southwestern willow flycatcher (Empidonax traillii extimus), and the Mississippi sandhill crane (Grus canadensis pulla).

That said, Zink also found that bird species do have genetically distinct populations. However, this evolutionary diversity was rarely reflected in current subspecies designations. For example, the cactus wren (Campylorhynchus brunneicapillus) has six named subspecies but only two independently evolving groups. “There is no way to discern from subspecies nomenclatures whether species include multiple evolutionarily significant groups and, if they do, which subspecies belong to which groups,” says Zink.

This is not altogether surprising because subspecies designations are often based on single, arbitrarily chosen characteristics such as differences in color, shape, or size. Besides being subjective, such differences can develop in only about 100 generations. In contrast, genetically distinct differences are objective and can take tens of thousands of years to evolve, making them historically significant. “It is these unnamed units and not named subspecies that should play a major role in guiding conservation efforts,” says Zink.

Historical significance is used to designate genera and families, and Zink recommends extending this to designating subspecies as well. “A massive reorganization of classifications is required so that the lowest ranks… reflect evolutionary diversity,” he says. “Until such reorganization is accomplished, the subspecies rank will continue to hinder progress in taxonomy, evolutionary studies, and especially conservation.”