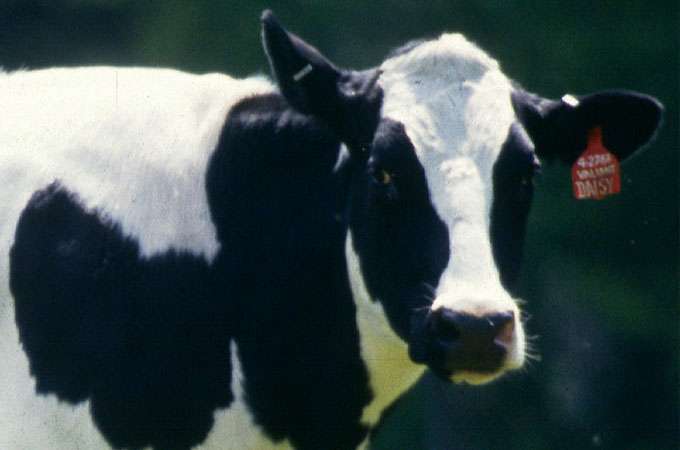 Getting the right seeds for grassland restoration is hard — collecting them in the wild is time consuming, and commercial mixes typically lack rare species. New research suggests that cows can be used to both collect and package Mediterranean grassland seeds: dung from cattle grazing in diverse grasslands may help restore grasslands that have lost species.

“The input of seeds via dung is a potentially simple and inexpensive method,” say Juan Traba, Catherine Levassor, and Begoña Peco, all of the Universidad Autonoma de Madrid, Spain, in the September 2003 issue of Restoration Ecology.

Most Mediterranean grasslands have been grazed for centuries, and the seeds of many of the plants are dispersed in the grazing animals’ dung. But as this traditional grazing is increasingly abandoned, shrubs can take over and grassland species can become locally extinct.

To see if seed-laden dung could help restore Mediterranean grasslands, Traba and his colleagues collected cow dung from a grazed pasture near Madrid, Spain, and then sowed the dried, crumbled dung in an adjacent ungrazed pasture. The latter had not been grazed by cattle for 40 years and had lost 45 grassland species. The researchers measured the diversity and abundance of grassland plants in the spring during three of the four years after “dung-sowing.”

Traba and his colleagues found that dung sowing increased the number of grassland species by a third. Altogether, they found 115 species, and 29 of them were found only in the dung-treated parts of the ungrazed pasture. About half of these 29 species were rare. Dung sowing also increased the abundance of grassland species; for instance, the cover of the wildflower Anthemis arvensis had increased three times (from three percent to nine percent) by the last year of the study.

Although dung sowing is promising, the researchers stress that it will not be enough to restore Mediterranean grasslands. Restoration-ists will still need to clear or cut shrubs that encroached on the grasslands.