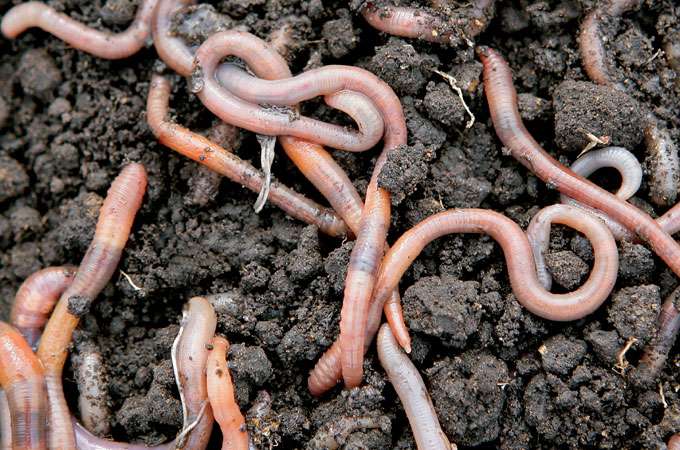 If plants are disappearing all around you, check underneath your boots. You might find invading earthworms. Andrew Holdsworth and University of Minnesota colleagues describe in Conservation Biology how declines in plant species numbers in two national forests, the Chippewa and the Chequamegon, can be traced to the recent arrival of European Lumbricus earthworms.
Since the 1980s, biologists have become increasingly concerned about the effects earthworms can have on ecosystems that have evolved in their absence. Earthworms voraciously munch their way through leaf litter; a heavily infested forest can lose most of this nutrient-rich, moisture-retaining layer (known as duff) over the course of a single season. Many U.S. forests developed with not a worm in sight, and the balance of plants, fungi, and microbes has coevolved to utilize the leaf litter’s assets. So when an angler tips out the leftover bait at the end of a day’s fishing, those nonnative earthworms slithering off into the undergrowth are set to cause havoc.

These impacts had been studied only at local scales, so Holdsworth’s team set out to see how forests were being affected at the regional scale. By sampling soil, vegetation, and earthworms at multiple sites, the biologists were able to disentangle the effect of earthworms from other factors such as browsing pressure from white-tailed deer Odocoileus virginianus. Statistical analyses of the data showed that earthworms can indeed have a negative impact on plant-species diversity. The good news is that worms aren’t the fastest colonizers around, so education and vigilance should help identify and protect those areas most under threat.