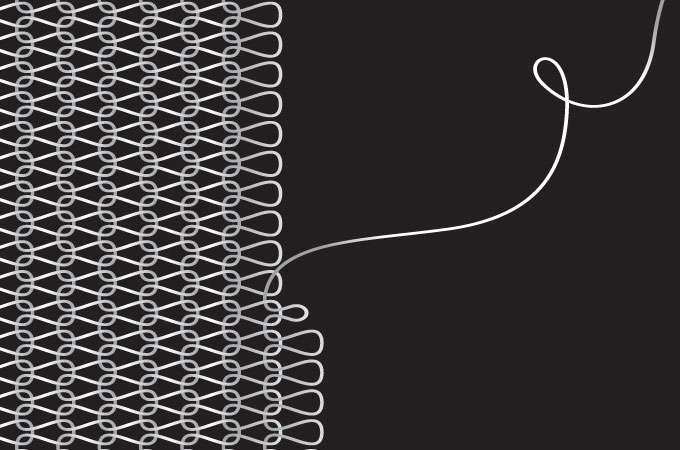 Pull predators out of the mix, and a once lush green world turns into an ecological shop of horrors

In 1986, near the confluence of Orinoco and Caroní rivers in east-central Venezuela, the gates finished closing on a huge hydroelectric dam. The rising waters flooded a tract of tropical forest as broad as the state of Connecticut, under a lake that came to be named Guri. Left poking above the surface of Lago Guri was an archipelago of hundreds of hilltop islands ranging in size and quality from quarter-hectare islets to sprawling 700-hectare semi-wildernesses. The disparities in size had created one critical distinction: All but the very biggest among them were too small for large predators. The birth of the Guri archipelago was the scientific windfall that ecologist John Terborgh had been awaiting.

By the time he caught wind of Lago Guri in 1990, Terborgh had established himself as a premier tropical ecologist, a multifaceted master of the rainforest’s unrivaled roster of lifeforms. Among the inner circles of tropical ecology, he was “the guy who knows what’s going on.” Among his more sobering talents, Terborgh had developed an eye for distinguishing the pristine from the pathological. He saw through the idyllic forested façades that had otherwise been stripped of their distinguishing fauna.

Terborgh was also fearless (opponents would say reckless) about reaching into his bottomless rucksack of natural history knowledge and pulling out big sweeping theories of ecology. Over the previous decade in particular, Terborgh had begun harping on a theme—a theme he had most baldly declared in a 1988 essay titled “The Big Things That Run the World.” (1) At the top of Terborgh’s list of big things perched the big predators.

At a time when many of his colleagues were attributing the modern extinction crisis to the withering size and widening isolation of habitats, Terborgh steered clear of the bandwagon. He suspected that major biological mechanisms were going unheeded. Where the jaguars and pumas and harpy eagles no longer hunted, he noted their prey running amok, with cascades of local extinctions and ecological convulsions rumbling in their wake. Beyond the physical dimensions of habitat, he saw the apex predators as irreplaceable forces holding everything together.

“If what I suspect is true,” wrote Terborgh, “the top predators in this system hold the key to its stability and to the maintenance of its extraordinary diversity of plants and animals.”

Terborgh’s suspicion couldn’t be easily tested. His subjects of concern were out there, slinking like phantoms through great vastnesses of dark jungle. The long-lived and wide-ranging superpredators’ impacts were to be measured on the scale of years and decades, not the months of a master’s project.

Over the years, challenges to Terborgh’s top-down interpretations would be many. As stubbornly as he held his ground, Terborgh himself was all too well aware of that conspicuous array of ifs and buts in his argument. In his 1988 essay, in which he had openly lauded the powers of the apex predators, he had also openly called for the “major research program . . . not yet undertaken.” Terborgh needed a place where the predators could be systematically removed, the ecological consequences rigorously gauged. He needed something on the order of a miracle. But as Pasteur once declared, “Chance favors the prepared mind,” and after the dam created the archipelago of Lago Guri, Terborgh recognized his moment.

In the spring of 1990, primatologist Warren Kinzey mentioned to his friend John Terborgh that he was heading down to Venezuela to his new research site. The monkeys of Kinzey’s interest had been stranded on some islands in the midst of a huge hydroelectric impoundment that had sprung up just a few years before. “I’m going down with you,” blurted Terborgh.

Terborgh spent two weeks on the giant lake with its nascent archipelago, growing giddy with its possibilities. The hilltop islands came in all sizes, each harboring its own community of castaways. Most critical to Terborgh, many of the islands were decidedly too small to house the predators that he suspected ran the world.

Stepping ashore for the first time on the islands of Guri, Terborgh was struck by their severe asymmetry. Some islands looked as though they’d been plowed by phantom bulldozers. Others had apparently been cloaked in thickets of thorns by some satanic gardener. It was, in Terborgh’s own words, “a god-forsaken place.”

Terborgh assembled a team of scientists from across the continents. And beginning in 1993, one of the great experiments in tropical fragmentation was launched.

By the time the team arrived, certain populations of Guri’s surviving species had ballooned to freakish proportions. The Guri researchers would step onto an island the size of a suburban lawn, peer up, and see five red howler monkeys staring down from a naked tree, their numbers amounting to thirty times the typical densities on the mainland.

The résumé of a mainland howler monkey is that of a prehensile-tailed primate typically living in bands of three to seven related individuals, led by a husky male whose territorial roars can penetrate three miles of jungle. The howlers of Lago Guri were something else. Free of fearsome predators but now hounded by hunger, the social monkeys no longer lived in coherent groups. They slept in separate trees. For lack of contact, they seldom groomed. Those that did come together sometimes fought, inflicting savage wounds. Imprisoned on this tropical Alcatraz, the howlers grew thin. Their babies never played. There were ominous signs of infanticide. The howler monkeys of Lago Guri no longer howled.

Even the favorite trees of the Guri howlers began biting back. Denuded by the relentless browsing of the hungry monkeys, the trees began sending forth leaves increasingly spiked with bitter toxins. Breakfasts for the monkeys became rituals of self-administered poisonings, with bouts of hapless gorging followed by episodes of vomiting. Ostensibly freed from the top-down control of predators, the howler monkeys had entered into a far nastier bottom-up realm run by plants.

Among the more striking features of the distorted Guri islands were the forests themselves. They were a bizarre mishmash of dying trees and tangles of vines and flesh-shredding thickets of thorns. And much of it was the work of Atta.

Atta is a genus of leaf-cutter ant whose cuttings are used to farm fungus. Atta ants typically stream into their forests and return with mandibles grasping leaves they have harvested. Descending into their subterranean nests, the leaf-cutters chew the leaves to a pulp, preparing the compost upon which their sustaining gardens of fungus grow. In more typical forests of the tropics, the work of the leaf-cutters often goes unnoticed, their harvestings meager, their forays conducted under cover of night. On Guri, Atta society had taken a turn.

Largely freed from the plunderings of their enemies (the army ants and armadillos unable to sustain themselves on such little islands), the leaf-cutters’ life on Guri thus took on a frenzied pace. The Atta colonies spread like a rash to densities a hundred times beyond the mainland norms. The leaf-cutters’ leafy trees gave way to thorny vines and walls of climbing lianas. The barren ground ran bright red with the soil of the ants’ excavations. The ants were sequestering the greenery of the forest in their underground gardens, beneath even the reaches of the roots. While otherwise devouring the trees from above, they were also starving them from below. In the predators’ absence, the title of the most fearsome animal on the Guri islands had been passed to a fungus-eating ant.

The forest had become a forbidding thicket that even the birds had abandoned. “We would go in with machetes, and we wouldn’t know which way to turn,” said Ken Feeley, one of Terborgh’s students and a chief investigator on Guri. “There were more thorns than I ever thought possible.”

The spreading vines were smothering the trees. The seedlings and saplings of the Guri forest were dying faster than they could be replaced. No more monkeys, no more ants, no more trees. “The end point of this process,” Terborgh and his colleagues would later write, “is a nearly treeless island buried under an impenetrable tangle of liana stems.”

In 2001 Terborgh and ten colleagues published the most famous of their dispatches from Guri, a Science paper titled—with Terborghian flair—“Ecological Meltdown in Predator-free Forest Fragments.” (2)

“These observations are warnings,” they wrote, “because the large predators that impose top-down regulation have been extirpated from most of the continental United States and indeed, much of Earth’s terrestrial realm.”

After witnessing Lago Guri’s harrowing preview, Terborgh was thoroughly convinced that the theory of island biogeography, the guiding light of conservation biology over the past 30 years, was the wrong light. Many of his colleagues had long been fixated on the theory articulated in the landmark 1963 paper by the eminent ecologists Robert H. MacArthur and Edward O. Wilson. (3) MacArthur and Wilson drew upon faunas and floras of oceanic islands to explain the life and death of species. The theory, stated here in extreme shorthand, posited that the smaller and more isolated the island, the fewer the number of species it was ultimately apt to harbor. Hence mainstream conservation biologists began imagining analogous islands on land, popping up everywhere as big forests were being chopped and burned into small, isolated fragments. They saw fragmentation as the chief culprit draining the land’s diversity of life.

Not quite, thought Terborgh. So many of nature’s worrisome distortions and disappearances could not so simply be blamed on too little living space. These pathologies—as Terborgh called them—were the consequence of ecological cascades, many of them triggered by the absence of top predators.

Look around, Terborgh implored. Look at the overgrazed grasslands of the American Southwest, giving way to prickly scrub and thorn; or the forests of the eastern United States being swallowed by white-tailed deer. Look at the nationwide plague of opossums and raccoons, foxes and feral housecats—those midsize predators that used to be prey—now consuming birds and small mammals by the billions.

By the fall of 2007, Terborgh was organizing an international “who’s who” guest list in the flourishing field of trophic cascades to gather for a February conference on what he had boldly proclaimed as “the next hot topic in conservation.” Lago Guri was but one lesson among many. The cascades from missing apex predators were leading to alternate states of nature the world over, radically transforming ecosystems to blander, barely recognizable counterparts. James Estes had long ago discovered vibrant kelp forests across the North Pacific, reduced to urchin barrens for lack of sea otters. William Ripple from Oregon State University had more recently been documenting the demise of streamside oases in some of America’s most hallowed national parks, in lockstep with the disappearance of wolves and cougars. Berkeley-based conservation biologist Justin Brashares was preparing his report on a chilling chain of events spreading across sub-Saharan Africa, where—in the expanding vacuum of missing lions and leopards—monstrous gangs of baboons had taken to terrorizing the countryside.

Terborgh was bringing these and fifteen other leading scientists together for a galvanizing event. The time had come, he said, to put out a document so compelling as to sway the field of conservation biology from their physical focus on fragments to a new appreciation for the players within.

“You can try to preserve large areas, yes, but often that’s no longer possible,” said Terborgh. “But if you know there is a biological mechanism operating, and you know who the actors of that mechanism are, then management interventions—such as hunting—become possible.”

“When people understand this,” Terborgh declared, “there will be a sea change in the way people view conservation science.”

William Stolzenburg’s book Where the Wild Things Were: Life, Death, and Ecological Wreckage in a Land of Vanishing Predators, from which this article was adapted, will be published by Bloomsbury USA in July.