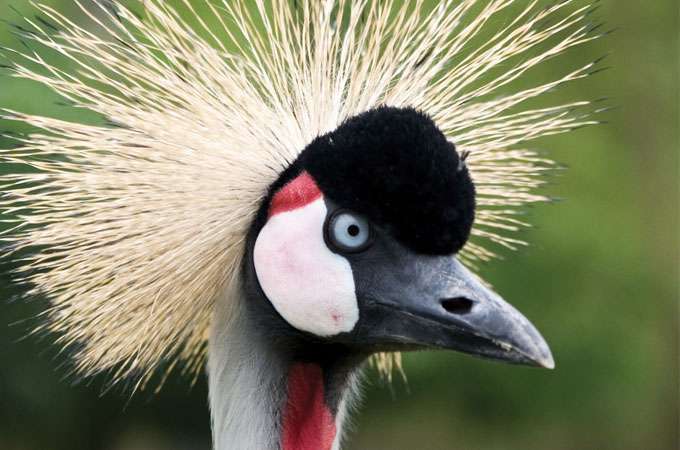 New research shows that ecotourism could be doing a lot more for conservation. In a tropical forest reserve in Uganda, the diversity of birds is such a huge draw that plenty of tourists would still visit, even if entrance fees were nearly 10 times higher. Better yet, this revenue increase would be enough to preserve habitat for most of the reserve’s bird species.

The researchers modeled the economic costs and benefits of conserving the Mabira Forest Reserve, a 300-square-kilometer rain-forest remnant in southern Uganda. The reserve has 143 bird species and is surrounded by agriculture and an ever-increasing human population.

The costs of conserving bird diversity were defined as the income local people forego by not converting the reserve’s forestland to agriculture. This foregone income was based on crop profits and the land’s likelihood of being converted to agriculture, which in turn depended on factors including suitability for farming and proximity to market. The researchers found that, because the land in the middle of the reserve was inaccessible, it could be protected fairly cheaply.

The benefits of conserving bird diversity were defined as the tourism revenues that local people would get from the reserve. To predict tourism revenues, the researchers modeled the likelihood that tourists would visit based on factors including the entrance fee and the diversity of birds in the reserve. This visitation model showed that the more kinds of birds tourists were likely to see, the more likely they were to come to the reserve and the more they were willing to pay.

Currently, the reserve’s entrance fee is less than US$5 per person, and tourism brings in overall less than US$10,000 per year. But tourism could bring in a lot more. The tourist visitation model showed that raising the entrance fee to US$47 would bring in the most revenue—nearly US$50,000 per year, which would protect enough of the reserve to provide habitat for 90 percent of its bird species. “This dramatic undervaluation of the willingness of tourists to pay . . . suggests much room for improvement in entrance-fee policy,” say the researchers.

Naidoo, R. and Adamowicz, W.L. 2005. Economic benefits of biodiversity exceed costs of conservation at an African rainforest reserve. Proceedings of the National Academy of Sciences 102:16712-16716.