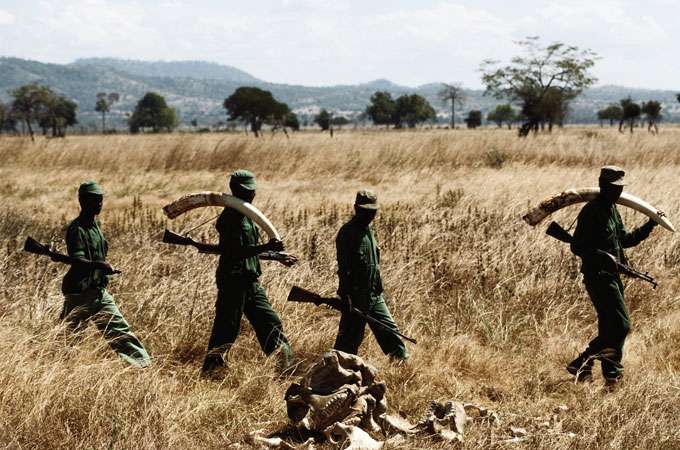 What’s the most cost-effective way to protect wildlife in African national parks? Working to develop local economies and providing alternatives to poaching, or simply increasing law enforcement? The latter may be enough, according to new research in Tanzania’s Serengeti National Park. Antipoaching patrols there have spurred a recent resurgence of animals.

This work is reported in Science by Ray Hilborn of the University of Washington in Seattle and seven coauthors. The researchers teased out the relative impacts of enforcement and encouragement in the Serengeti by analyzing 50 years of park records, including the number of poachers arrested and the number of antipoaching patrols. They also accounted for population trends of African buffalo, elephants, and black rhinoceroses in the Serengeti as well as for the timing of park funding for community development projects.

The analysis showed that poaching varied with the level of enforcement, spiking after budget losses curtailed antipoaching patrols in the late 1970s and then dropping again when patrols were reinstated in the late 1980s. In comparison, poaching has hardly been affected by the park’s annual US$100,000 contribution toward community development: these contributions didn’t begin until the year 2000, which means that the drop in poaching preceded them by more than a decade. “The decline in poaching can be attributed primarily to the increase in antipoaching effort,” says Hilborn.

This conclusion is further supported by wildlife trends in the Serengeti. The buffalo population began falling rapidly when patrols were curtailed, dropping from about 90,000 in the late 1970s to about 20,000 in the early 1990s. The population began growing again in the mid-1990s after patrols were reinstated but well before the park began making community contributions. Population trends are similar for both elephants and rhinoceroses in the park. Hilborn and his colleagues are now extending their analysis to see whether antipoaching patrols have also benefited other animals in the Serengeti, including giraffes, zebras, and lions.

“This sounds so simple but it has been controversial,” says Tom Hobbs of Colorado State University in Fort Collins. Critics have taken the park to task for spending US$2 million a year on antipoaching patrols, saying the funds could be used more effectively. But this work suggests it is money well spent. “Serengeti has chosen to spend its money largely on antipoaching and that worked,” says Hilborn. “The long term solution to wild meat harvesting is eliminating poverty, but you are not going to do that with US$ 2 Million a year.”