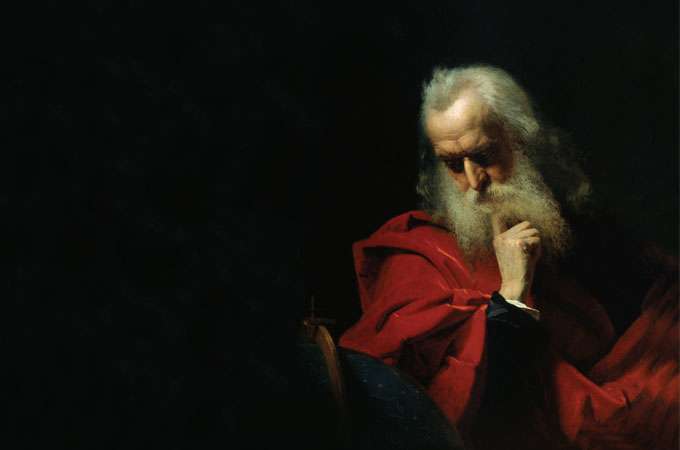 An interview with Stewart Brand

Q: You’re not worried about population growth. Why? Was Paul Ehrlich wrong all along?

When I studied ecology at Stanford in the late 1950s, Paul Ehrlich was an assistant professor and one of my teachers. I was so moved by his book The Population Bomb (1), I organized a public fast to dramatize the famines he said were coming soon. They didn’t come and weren’t going to. That was clear by the end of the decade the book was written in. Then, he was excruciatingly wrong in his public bet with economist and author Julian Simon about the price of commodities over time.

Paul is a first-rate field biologist with an enviable track record in theory as well—he and Peter Raven co-invented the important concept of co-evolution. He may be the most humorous scientist alive. His prophecies about overpopulation were highly important in drawing attention to the issue and may rank as one of the great self-defeating prophecies. World saved: Ehrlich embarrassed. Pretty good deal. He was right to be wrong.

These days I’m worried about population again, but it’s the disruptions of depopulation this time. The birth rates everywhere are plummeting so rapidly (thanks mostly to rampant urbanization) that by mid-century the whole world will be facing the kind of demographic crises now threatening Russia and Japan. Population accelerated exponentially upward in the twentieth century and is accelerating exponentially downward in this century.

Q: So what’s wrong with depopulation? Isn’t that a good thing for the environment?

It all depends on the nature and rate of the depopulation. Gradual, peaceful depopulation leveling off at something comfortable would be swell, but it doesn’t look like that’s in the cards. For a society to focus on environmental issues, it needs prosperity and stability. Rapid depopulation threatens both. The sudden absence of a younger generation, as in Japan now, crashes economic productivity and innovation into permanent recession. In Russia, radical depopulation is part of a deepening cycle of despair that could easily flip into military adventurism. Sudden demographic change in any direction fosters war—which is always terrible on the environment.

Q: There has been a long and sometimes bitter history of failed marriages between conservation and development. Is reconciliation just a romantic illusion?

In the village, all there is for a woman is to obey her husband and family elders, pound grain, and sing. If she moves to town, she can get a job, start a business, and get education for her children.” I heard this remark by a global community activist in 2000 at a Fortune magazine conference in Aspen, Colorado. It was enough to explode my Gandhiesque romantic notions about the superiority of village life.

Every week 1.3 million new people—70 million a year—arrive in cities. The world population as a whole is just now surpassing 50 percent urban (it was 14 percent in 1900). The growth of cities has led to demographic trends exactly the opposite of what many experts have predicted. Few experts foresaw the dominant effect that urbanization would have. Demographically, the next 50 years may be the most wrenching in human history. Massive numbers of people are making massive changes.

But the main event of the demographic circus is in the cities of the developing world—and most of it in squatter cities, the teeming slums of the uninvited. One billion people live in squatter cities now. Two billion more are expected by 2050. Squatters represent nearly one-sixth of the human population now, and one-fourth to one-third of the population pretty soon. I think an unusual green opportunity is emerging with the extraordinary urbanization now going on all over the world.

One such opportunity is out in all that countryside where the villages of the world are emptying out. The pressure on trees and shrubs for firewood is reduced, and so is the treatment of wild animals as pests or food. Now is the time to put in place protection and restoration of natural systems, so that when people eventually return to rural areas, biodiversity health will be the norm.

The other green opportunity is in the cities themselves, as spelled out in last year’s “Green Cities Declaration” from the United Nations. Let no one romanticize the conditions of slums. New squatter cities usually look like human cesspools and often smell like them. But the squatter cities are vibrant. Each narrow street is one long, bustling market of food stalls, bars, cafés, hair salons, churches, schools, health clubs, and minishops for tools, trinkets, clothes, electronic gadgets, and pirated videos and music. What you see up close is not a despondent populace crushed by poverty, but a lot of people busy getting out of poverty as fast as they can.

The burgeoning cities are in flux and are creating wealth on a massive scale. We should use that wealth and that flux to green the hell out of them. The “ecological footprint” of cities has been well studied, but the equivalent footprint of rural dwellers has not been studied for comparison. Anecdotally, it seems clear that city dwellers have the smaller footprint. I would like to see ecological footprint analysis of squatter cities, where people live more densely than anywhere else: they recycle everything, they scrimp on fuel and materials, and they’re inventive as can be. Maybe there are ideas there for environmentalists.

Genes may be selfish, but they are nowhere near as freestanding and robust as wild-type species are. A gene is a fragment, one among the tens of thousands of genes it takes to make a whole organism. The scale and complexity of a genome are much richer than those of any ecological community. No individual gene can dominate or transform a genome the way some species can dominate an ecological neighborhood. A gene has to go along with most of the game in order to function at all.

Genetic engineering is a matter of tweaking and finessing, one or two traits at a time. As we know from ten millennia of gene modification in agriculture, exaggerating some traits you want usually cripples the organism in other respects. No one ever complains about invasive corn, wheat, or rice. With animals, however, it’s more complicated; there are problem feral cats, pigs, and goats—although no feral chihuahuas.

I would like to see a generation of environmentalists take on genetic engineering as a dedicated tool for the environment. Grow commercial wood directly—so straight-grained and close-grained and beautiful and inexpensive that cutting a wild tree for lumber would seem ludicrous. Pursue renowned physicist Freeman Dyson’s idea of a plant specialized to produce the equivalent of refined gasoline coming out of a tap in the trunk like maple syrup. Help Craig Venter, founder of The Institute for Genomic Research, develop an organism that massively sequesters carbon and another that generates hydrogen. Engineer organisms which are intensely capable, and only capable, of eliminating all the invasive mitten crabs or zebra mussels in a body of water, which then expire. No other means has been found to defeat the major invasives, and they are the second-worst cause of loss of biodiversity. Habitat destruction is still the worst.

When environmentalists embrace genetic engineering, then it will have the level of testing and monitoring and transparency it should have, and it will escape strictly corporate ownership. Starting in the 1960s, hackers turned computers from organizational control machines into individual freedom machines. Where are the green biotech hackers?

Q: The history of engineering is marked by a trail of unintended consequences. We don’t know what we don’t know. How do we walk the line between hubris and humility?

GMOs have been tested extensively, but we never hear of the results unless something suspicious turns up. I visited the GMO testing center in Canberra, Australia, once and asked what problems they were finding. “Nothing yet,” the researchers shrugged, clearly bored by their consistently ho-hum results. One headline you will never see: “GM Crop Again Shown OK.”

Technology emerges from science. Then we do science on the technology. Then we know what we know. The whole process works on a necessary blend of both hubris and humility.

Q: Environmentalists love to hate nuclear power. Are we shooting ourselves in the foot? Does global warming change the equation?

Read James Lovelock’s new book, The Revenge of Gaia (2). Jim knows atmosphere and climate—he invented the electron capture detector that showed the cause of ozone depletion, and he co-invented Gaia theory, which posits an Earth kept dynamically stable by its life and its atmosphere. Jim also knows about the real effects of radiation—all of his early work was in physiology. He is a lifelong deep-green environmentalist.

But in Lovelock’s view (and mine), the dangers of nuclear power have been systematically exaggerated while its benefits have been ignored. The fact is that our atmosphere is fast approaching a point of no return. Once the climate is tipped into a hotter regime, it will stay there, and the carrying capacity for humans and other life will drop to a fraction of what it is now.

Nuclear power is the only other form of power generation that is as harmless to the atmosphere as hydro—and hydro is largely maxed out. Fission reactors—especially the new, smaller and safer designs—should be deployed rapidly, particularly in the U.S., China, and India, where the greatest power demand is. China, for example, is proceeding with construction of the “pebble-bed” reactor design developed in Germany and South Africa. Besides being meltdown-proof, it can be significantly smaller than conventional reactors, which means lower capital costs, faster construction, and less reliance on extensive (and inefficient) power grids. In time, fusion reactors (which are self-sufficient for fuel and have zero emissions or waste) should take over in this century.

Of course get on with radical energy conservation efforts, and keep exploring renewable technologies. Lovelock would like to see the huge percentage of the continents currently devoted to agriculture drastically reduced in the interests of Gaian health. Consequently, he has no interest in biofuel schemes.

In his book, Lovelock includes a fascinating chapter on large-scale “amelioration.” From a conference in England, ideas on the subject include brightening the reflectance of the earth with human-generated cloud regimes over the huge desert parts of the oceans and minutely dimming the sun with shades at the L-1 gravity-stable Lagrange point between Earth and Sun. Such extreme solutions must be considered and undertaken. The new climate fragility is the biggest environmental threat civilization has faced.

2. Lovelock, J. 2006. The Revenge of Gaia: Why the Earth Is Fighting Back—and How We Can Still Save Humanity. Allen Lane, London.

Stewart Brand is a cofounder of Global Business Network and is the president of The Long Now Foundation (www.longnow.org). Brand is well known for founding, editing, and publishing the Whole Earth Catalog from 1968 to 1985. Brand also is the author of many pioneering books including The Clock of the Long Now in 1999.