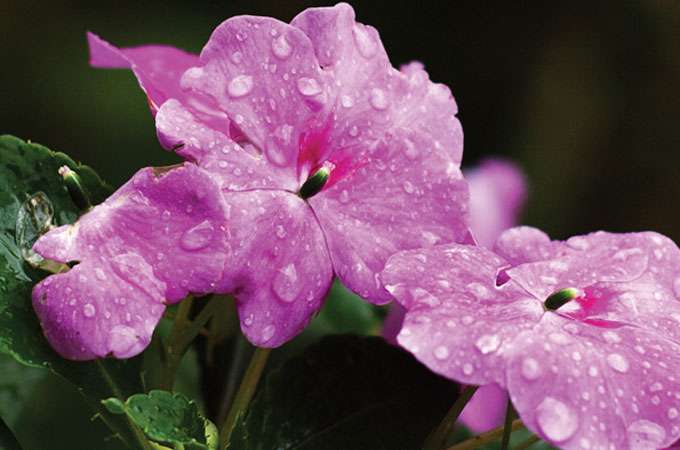 Eradicating invasive species can sometimes do more harm than good. New research shows that the relative abundance of native species actually drops when one of the U.K.’s worst invasive plants is removed from riparian plots.

“The species that respond most dramatically are other nonnative plants,” say Philip Hulme and Eleanor Bremner of the NERC Centre for Ecology and Hydrology in Banchory, U.K., in the Journal of Applied Ecology. This is the first experimental study of how riparian habitats are affected when Himalayan balsam (Impatiens glandulifera) is removed.

Listed as one of the top 20 invasive plants in the U.K., Himalayan balsam is also widespread in continental Europe, North America, and New Zealand. The balsam can reach three meters in height, making it the tallest annual in the U.K., and often grows in dense stands that deprive other plants of light. Although this invasive is clearly not a good thing, the question is, how bad is it? “The options for management are limited and costly. Thus, identifying the risk of this species to biodiversity is important,” says Hulme.

The researchers assessed plant diversity in 12 sites representing grasslands, fens, and other riparian communities along the River Wear in Durham, U.K., which have been invaded by Himalayan balsam since 1900. Each site had two one-meter-square plots dominated by the balsam: a “removal” plot where the balsam stems were cut to the ground and an “invaded” plot that was left untouched. Four months later, the researchers compared the diversity of native and nonnative seedlings in the removal and invaded plots. All together, the plots had 47 plant species comprising 38 natives and 9 nonnatives.

The results showed that removing Himalayan balsam does increase plant diversity. On average, there were about one-third more species in removal plots than in invaded plots (10 vs. 7, respectively). However, the results also showed that removing the balsam benefited other nonnative plants the most. The proportion of nonnative species was one-third higher in removal plots than in invaded plots (33 percent vs. 25 percent, respectively). These nonnatives include invasive species such as ground elder (Aegopodium podagraria) that, like the balsam, can outcompete native plants.

Although there have been calls for eradicating Himalayan balsam along U.K. riverbanks, the researchers urge caution. “Management may lead to a compensatory increase in the abundance of other nonnative species and thus fail to achieve desired conservation goals,” they say.