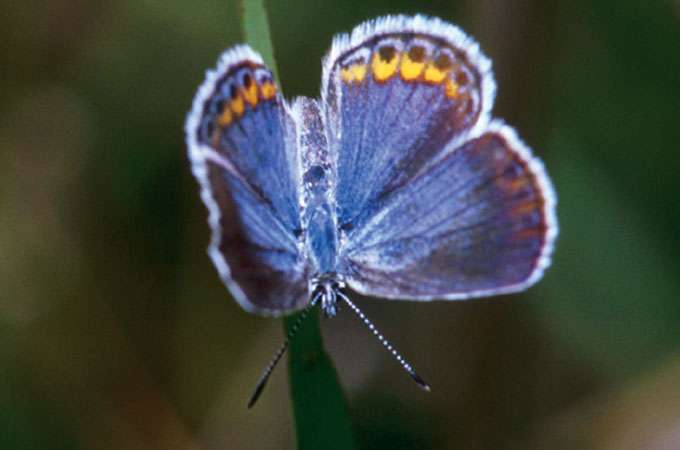 One barrier to protecting biodiversity is that there are no good ways to figure out how many species there are in large areas. Now, we may finally be able to find out: a new method accurately predicts the total number of North American butterfly species even when only a tenth of the ecoregions are sampled.

This could “at last enable ecologists to estimate worldwide species diversity,” say Michael Rosenzweig, Will Turner, and Jonathan Cox of the University of Arizona, Tucson, and Taylor Ricketts of Stanford University in Stanford, California, in the June 2003 issue of Conservation Biology.

Although conservationists can predict how many species there are within a single habitat, the usefulness of this approach is limited because it’s impossible to sample all the habitats in large areas. Knowing the number of species is critical to tracking and addressing declines in biodiversity. “Right now we can only guess that the correct answer for the total number of species worldwide lies between 2 and 100 million,” says Rosenzweig.

To find a way to assess biodiversity in large regions, Rosenzweig and his colleagues tested six methods for assessing biodiversity in a single habitat on a remarkably well known group of species: butterflies in the U.S. and Canada. Because butterflies are so popular, we have an unusually complete set of data for which species live where. There are 561 known butterfly species and 110 ecoregions in the U.S. and Canada, and the researchers determined which of the six methods predicted the total number of species most accurately based on data from the smallest number of ecoregions.

Rosenzweig and his colleagues found that three of the six methods to overcome sample-size limits within a habitat that they evaluated worked well even when limited to only a tenth of the ecoregions (11 out of 110). The best such estimate yielded nearly all of the known butterfly species (556 out of 561). Although the researchers found that selecting ecoregions at random worked well, spacing them evenly throughout the continent worked even better. “This is encouraging because it’s easy to do,” says Rosenzweig. It would have been much harder if they had to select ecoregions based on biologically-relevant factors. “It’s not easy to know in advance what measures are important to most species — temperature? rainfall? elevation?” he says.

Rosenzweig and his colleagues also have recently found that their approach also works for assessing the large-scale biodiversity of many other groups of species, from marine invertebrates to birds. “It points the way for getting the answer to how many species there are worldwide,” says Rosenzweig.