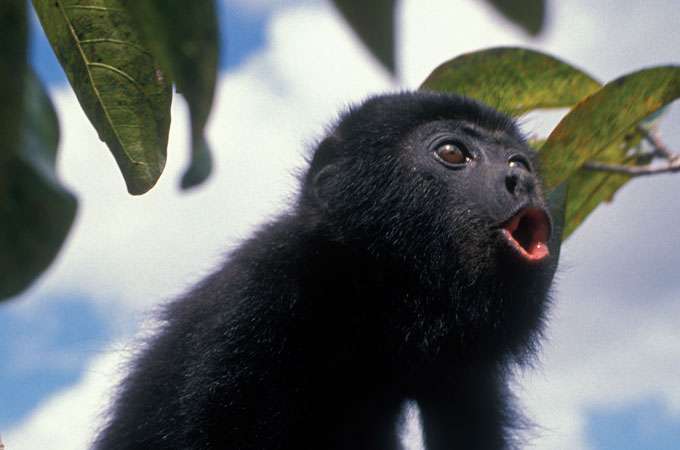 New research reveals that the mammals most at risk of disappearing in the near future may not appear threatened now. The reason, say the researchers, is that these species are disproportionately vulnerable to human disturbances.

“Many species currently considered safe could leapfrog other species on the extinction risk scale to become the most highly threatened in the next few decades,” say Marcel Cardillo of Imperial College London, U.K., and three coauthors in Proceedings of the National Academy of Sciences. This scenario is not hypothetical: the Guatemalan howler monkey (Alouatta pigra), for example, recently went from being considered of “least concern” to “endangered” in just three years.

The highest-risk regions were concentrated in the extreme north—Canada, Alaska, Greenland, and the Siberian tundra—and in the islands north of Australia, from India’s Bay of Bengal to the southwest Pacific. Moreover, most of the highest-risk regions are overlooked by conventional ways of setting conservation priorities. There are 20 hotspots based on the top 10 percent of latent extinction risk, and these hardly overlap at all with the hotspots for the top 10 percent of biodiversity, endemics, or threatened species.

This doesn’t mean, however, that these other priority-setting measures should be abandoned. Rather, the researchers advocate adding latent extinction hotspots to the mix. “Identifying areas of highest latent risk offers the best chance to anticipate species losses before they begin and, thus, to implement effective preemptive conservation measures,” they say. Adopting this approach is urgent because many of the latent risk hotspots are in areas where the number of people is expected to rise extremely rapidly within the next decade.