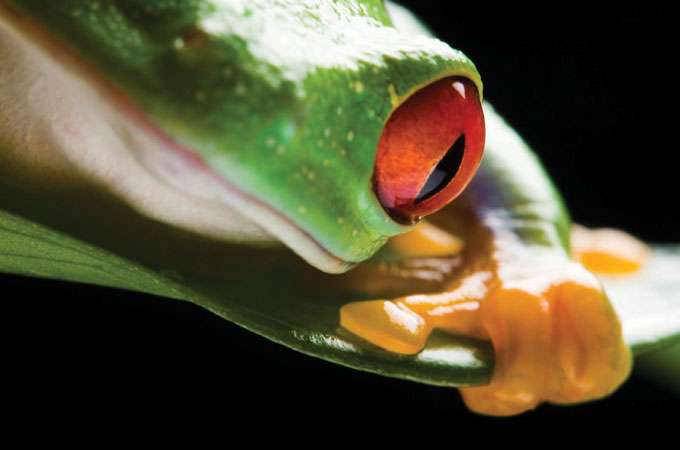 Faced with an epidemic that has wiped out 40 species of amphibians, New Zealand researchers have stumbled across an unlikely cure: human eye cream. The remedy is chloramphenicol, a potent antibiotic used to treat pinkeye in people. But it doubles as a wonder drug for chytridiomycosis, the fungal disease that has killed millions of amphibians over the past 30 years.

Despite persistent efforts, the search for a cure had been fruitless—until University of Otago researchers stumbled across the pinkeye medicine. Their breakthrough came as they prepared to grow samples of the fungus and used chloramphenicol to sterilize their petri dishes. The antibiotic not only killed off bacteria but also stopped the fungus from growing.

Intrigued, they bathed some diseased frogs in the antibiotic. Much to the researchers’ delight, the critters—even those at death’s door—emerged hale and hearty. Even better, they seemed now to be immune to chytridiomycosis.

It’s good news, but amphibians aren’t out of the woods just yet. Applying the drug is labor-intensive—each frog must be dunked daily for up to two weeks—and the researchers haven’t found an efficient way to treat far-flung animal populations. So the treatment may be limited to reserve populations in zoos.

There are also concerns about chloramphenicol’s side effects. The drug has triggered bone marrow depression and other nasty conditions in humans, and there’s no telling how it might impact amphibians in the long run. Still, a small step toward a cure is better than no progress at all. And with more than one-third of amphibian species being dogged by climate change, habitat loss, and other threats, the poor things need all the help they can get.