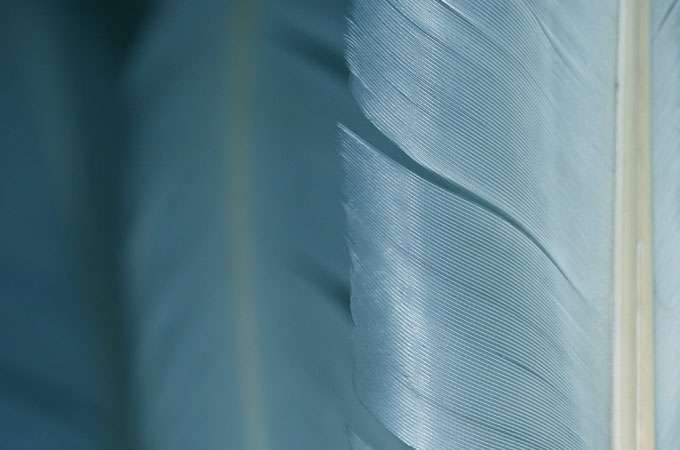 Armed with mass spectrometers, ecologists are reading the isotope signatures of feathers, scales, teeth, and toenails. Their efforts are revealing the movements of animals whose travels are hard to track—and that information could help manage migratory populations.

The underlying insight is that ratios of stable isotopes vary from place to place. In North America, ratios of deuterium to hydrogen gradually decline from south to north due to rainfall patterns. Ratios of strontium (87Sr to 86Sr) vary according to local geological features. And ratios for carbon and nitrogen (13C to 12C and 15N to 14N) also vary on both land and sea. A bird picks up the isotope signature of its breeding ground when it eats and then carries that signature when it flies south for the winter.

“Hundreds of thousands of birds are tagged each year, and the recoveries are very slim,” says Dustin Rubenstein of the University of California, Berkeley. “Isotope analysis allows you to figure out migratory patterns with relatively small sample sizes.”

It’s true that techniques for measuring stable isotopes, such as mass spectroscopy, have existed for decades. They can yield precision to the fifth decimal place, but they have also been expensive. Now, falling prices have finally put these techniques into the hands of ecologists—with impressive results.

Take, for example, the black-throated blue warbler, which ranges from Michigan and Newfoundland down to Georgia during breeding season. For 30 years, its southern population gradually dwindled. Until recently, no one knew why.

Rubenstein gathered feathers from black-throated blue warblers on
islands across the bird’s wintering range in the Caribbean. Other than cumbersome bird-banding studies, there was no way to tell where in North America birds on each island came from. But when Rubenstein and Page Chamberlain (Stanford University, Palo Alto,
California) measured carbon and hydrogen isotopes in those feathers,
they were able to connect the migratory routes.

It turned out that birds which wintered on the island of Hispañola hailed from the southern end of the species’ breeding range in the U.S. What’s more, Hispañola had undergone extensive deforestation—providing an explanation for the southern breeders’ decline that would have been hard to understand without knowing the birds’ migratory connections.”When a bird population declines, we often don’t know why,” agrees Keith Hobson, an ornithologist at Environment Canada. “The big question is always whether it is something that’s occurring on the wintering grounds, during migration, or on the breeding grounds.”

When Hobson measured hydrogen isotopes in the feathers of Bicknell’s thrushes wintering in the Dominican Republic, he found that half of them carried signatures that didn’t match any known breeding grounds in North America. “It was a big surprise,” he says. But the mystery birds’ isotope signatures pointed to a band of latitude—just two to five degrees wide—where their breeding sites should be. And the birds’ preference for high mountaintops further narrowed the possible places. A search uncovered two new breeding sites in southern Canada—one of which matched the mystery isotope signature.

Stable isotope studies could aid in conservation efforts for just about any animal that moves about. By measuring carbon and nitrogen isotopes in the hair of suckling elephant seal pups at coastal breeding sites, Paul Koch (University of California, Santa Cruz) identified offshore sites—hundreds of kilometers away—where their mothers feed. Such information could help assess the vulnerability of different breeding populations.

Isotopes have also been harnessed to track movements of dragonflies, monarch butterflies, elephants, bats—even mammoths and mastodons that lived thousands of years ago. By measuring isotopes in different tissues such as blood, skin, teeth, or muscle, ecologists can read an animal’s whereabouts over different time frames, ranging from days to months depending on the turnover rate of a given tissue.

But tracing the travels of fish could be where isotopes see their greatest power—thanks to pea-sized bones called otoliths, which resemble tree rings. Unlike other bones, they’re laid down gradually as the fish grows—one microscopic layer of calcium carbonate over another.

“We can look at a fish’s life history and figure out how much time it spent in different tributaries and when it went to the ocean,” says Joel Blum, a biogeochemist at the University of Michigan, Ann Arbor. “You can get down in theory to monthly time resolution.”

Blum and Brian Kennedy (University of Idaho, Moscow) have just completed a pilot project measuring strontium isotopes in the otoliths of endangered humpback chub in the Colorado River. Combining the isotopes with other information, they were able to predict a fish’s natal tributary 95 percent of the time. Kennedy hopes eventually to identify important spawning and rearing sites and learn how frequently fish move from one tributary to another.