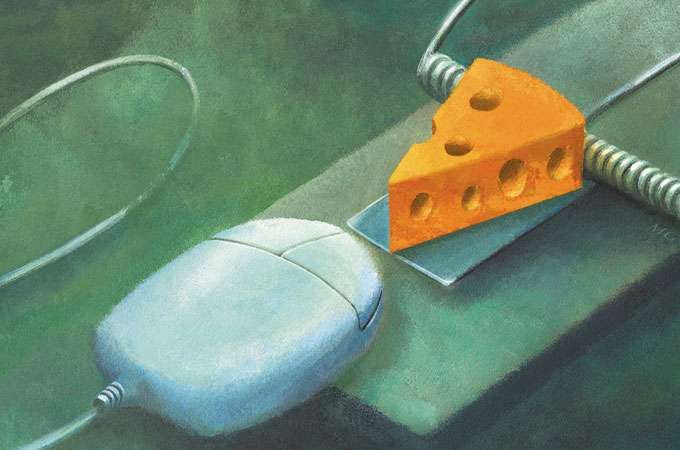 GIS-Based Conservation Planning: A Powerful Tool to be Used with Caution

By David Stokes and Peter Morrison

Geographic Information System (GIS) models have a seductive quality. With their vivid map outputs and appearance of objectivity, they convey a sense of reality, regardless of the analyses and data used to construct them. The model, as such, becomes a persuasive voice. But what if the model is wrong?

In late spring 2001, Save the Redwoods League, a nonprofit conservation organization in northern California, asked for our advice in refining an existing GIS analysis of the redwood ecosystem stretching from central California to the Oregon border. They had commissioned the original analysis two years earlier as an preliminary step toward prioritizing lands for conservation in the redwood forest (1). Like many conservation organizations faced with limited time and resources, the League had wanted to get ahead of the curve. Rather than react to immediate threats and purchase opportunities, they wanted to bring scientific principles and objectivity to decision making. In short, they wanted to use GIS planning to be proactive.

But before we could look ahead, we needed to look back at the analysis we would be building on. And that’s where serious problems surfaced. When we compared high-quality aerial photographs and satellite images of the redwood forest region to the priority ratings produced by the original analysis, we found dramatic inconsistencies. The original analysis had identified highly degraded areas as having high conservation value while ranking relatively intact areas much lower. In one instance, the city of Watsonville, a largely urban area, was determined to be an unroaded area with only intermediate forest fragmentation. In another, a watershed owned by Pacific Lumber Company was assigned an overall high conservation value (ranking fifth of 169 watersheds in the northern section) despite the fact that 1996 aerial photos showed it to be heavily degraded by tractor logging and road building.

These were not isolated cases. Yet the model was based on well accepted principles of conservation biology, and the methodology was simple and straightforward (2). So how did it happen that a method so sound in principle produced results so at odds with the real world?

In our review of the original analysis we attempted to answer this question. What we found serves as a guide to the pitfalls of GIS conservation planning and a reminder of the critically important elements that can evade even the most seasoned conservation planners.

1. No degree of analytical sophistication can overcome bad data. Although this sounds like a truism, it is surprisingly easy to lose sight of this fact. For example, in areas that are rapidly being altered by development, current and accurate data on roads and vegetation type and condition can make or break a GIS model. Even a period of a few years between data collection and use can make a major difference in the analysis. For example, many of the roads visible in the photographs of the Side 8 watershed, located on privately owned commercial timberland, never made it into the analysis because modelers used out-of-date U.S. Geological Survey (USGS) road data. This was a problem throughout the study area, but especially on private lands, which cover much of the redwood region.

U.S. state and federal agencies are mandated to update and share information concerning roads on their land. Private timber companies, although they may have good data, are under no obligation to share it. And, it often is not to their advantage to do so. Also, road building is progressing faster on private land now than on public land, so data on private lands becomes out dated faster.

Of course, the problem can work in the opposite direction as well. High-quality areas can slip through the cracks because old roads that no longer exist are included in the analysis.

The poor data problem is compounded when the same data are used to calculate more than one metric. In addition to road density, the redwood road data figured prominently in the determination of road-stream crossings and forest fragmentation. The result was a skewed picture of the region. The model showed many large unroaded areas that are in reality heavily roaded and fragmented. Also, the model undercounted large numbers of road-stream intersections, which are the most egregious source of sediment problems, reducing water quality and degrading salmonid spawning habitat.

2. Translating concepts into metrics requires a sort of dual vision. That is, being able to telescope in on details and at the same time step back to consider the larger conceptual intent of the analysis.

The designers of the original analysis wanted to identify intact late successional forest landscapes. One of the metrics they used to capture this was concentration of forest patches. The model reasonably assumed that patches of forest near other patches should be more valuable than isolated ones. However, patch concentration was based solely on proximity and did not consider patch size. This produced the odd result that a patch with close but small neighboring patches would receive a higher score than that of a patch with much larger neighbors that were slightly farther away. A more robust metric would have incorporated both distance and patch size to get a true representation of patch concentration.

3. Conservation values are not black and white — more often they are shades of gray. Yet, GIS models often define values arbitrarily and in doing so, fail to capture those gray tones. For example, the redwood model rightly assigned a high score to forest patches close to other forest patches. But the definition of “close” used in the model (within 500 meters) is arbitrary and not based on the biology of the system. All patches within 500 meters were considered to be in the neighborhood of a patch, and all patches farther than 500 meters were considered to be outside the neighborhood and were excluded from the metric. A more robust approach would be to use a proximity function that declines continuously with distance from a patch.

4. Analysis at the wrong scale obscures patterns. As a general rule, the finer the scale the better. If a model is built on an unnecessarily coarse scale, small but high-value areas can slip through the cracks. For example, a small riparian zone of a few meters in width may support very high biodiversity. But it will be averaged out of a model whose smallest unit of analysis is an entire watershed — or even 1 km2. Endemics and species with restricted habitat requirements or ranges, such as those of many plants, invertebrates, and small vertebrates, are likely to be overlooked by such analysis.

Inappropriate scale also impaired the redwood model’s consideration of proximity to protected areas. The an-alysis uses 5-km increments to differentiate values of habitats at different distances from protected areas. While 5 km may be a relevant scale for a few mobile carnivores, such as the fisher, this scale is probably not the most relevant to the majority of species of concern in this landscape (e.g., salamanders, plants, and invertebrates).

5. What’s missing from the analysis? This fundamental question can get lost amid the twists and turns of a long and complicated GIS analysis. It is as important to determine what has been left out of a GIS model as it is to scrutinize what has been included in the model. Even though most areas in the redwood ecosystem have been highly altered, they are amenable to restoration. Yet restoration potential was not included in the analysis, nor was it represented in surrogate fashion. If it had been included, it might have dramatically changed the final result. Likewise, the model may have missed key conservation opportunities because it did little to address the ecological integrity and biodiversity of aquatic ecosystems.

6. Ground truthing is essential. It is surprising how often this common-sense principle is superceded by technology. A GIS model is simply incomplete without a reality check — either with high-quality aerial photographs or on-the-ground field observations. This step need not be costly or elaborate, but it is crucial. We’ve seen too many cases in which GIS models deliver spurious results — for example, identifying the city of Watsonville as unroaded in the redwood analysis.

Our point here is not to discourage the use of GIS-based conservation planning. To the contrary, we believe it is a valuable tool that can vastly improve the effectiveness and efficiency of conservation efforts. This is critically important for many conservation organizations faced with limited time and resources. But it is vital that conservation planners pay as much attention to what goes into the GIS models as to what comes out. This is particularly important because the finished analysis often lands in the public arena or with policymakers and managers who do not have the necessary familiarity with the modeling process to assess it critically. When this happens, the model becomes a dangerous advocate for a view that may have little to do with the needs of conservation in the real world.

Further Infomation:
On the redwood analysis review as well as other conservation planning examples and methods, go to:

About the Author:
David Stokes is on the faculty at Sonoma State University where he is the advisor to the Conservation and Restoration program in the Department of Environmental Studies and Planning. Peter Morrison is Executive Director of Pacific Biodiversity Institute in Winthrop, Washington.