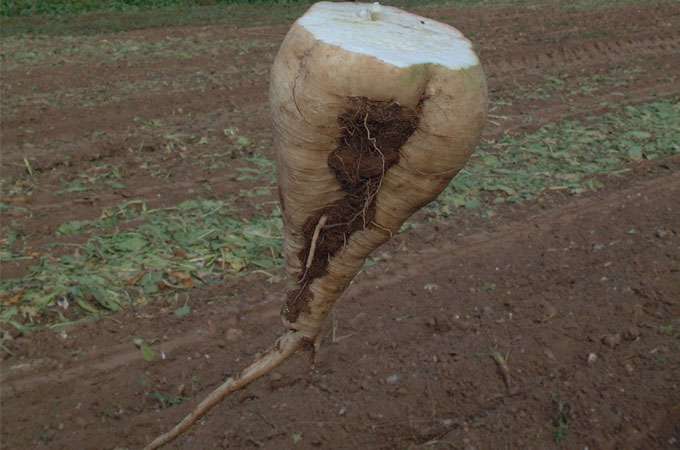 GM beets are currently banned in the U.K. However, if allowed, they could mean “win-win situations for healthy sugar beet crop productivity and weed-related wildlife conservation,” say Mike May and four coauthors at Broom’s Barn Research Station near Bury Saint Edmunds, Suffolk, U.K., in the January 22, 2005, issue of Proceedings of the Royal Society: Biological Sciences.

Weeds in crop fields provide seed for many farmland birds including buntings, hedge sparrows, and linnets. Another conservation benefit of weedy fields is that insects are more plentiful, which means more food for chicks and thus more second broods for skylarks and other birds that nest in beet fields.

In initial trials, fields of GM sugar beets resistant to the herbicide glyphosate had fewer weeds and therefore fewer invertebrates. May and his colleagues showed that this drawback could be overcome by spraying glyphosate later in the growing season, resulting in weedier fields with more beetles. However, conservation groups (including English Nature and the Royal Society for the Protection of Birds) were concerned because late-season glyphosate sprays killed the weeds before they set seed, to the detriment of the birds that rely on them for food in the fall.

To address these concerns, May and his colleagues assessed how well GM beet fields produced both weed seeds and sugar under a range of herbicide treatments. The beets were grown in 12 m-by-12 m plots and were treated with either glyphosate (1-2 sprays at various times during the growing season) or conventional herbicides (4-5 sprays containing a total of 6-7 herbicides).

This means that GM beets could help farmers optimize sugar yield and conservation benefits as desired. “Without [sugar] yield loss, they can enhance weed seed banks and autumn bird food availability, compared with conventional management, or provide early season benefits to invertebrates and nesting birds,” say May and his colleagues.