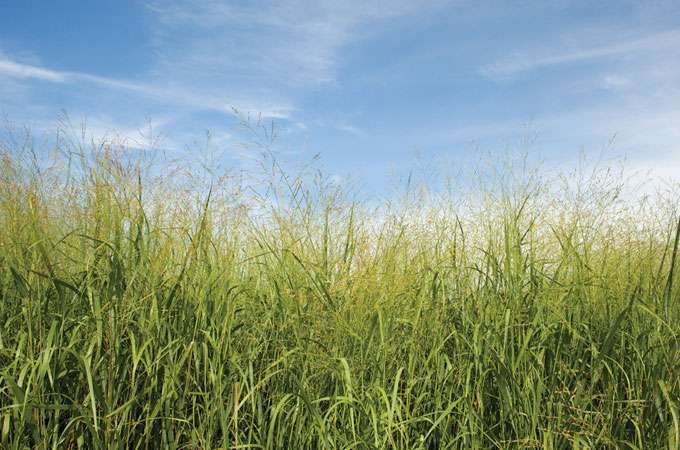 Could switchgrass be the next biofuel?

Growing plants for fuel doesn’t always have to lead to rainforest loss or higher food prices, according to a study published in the Proceedings of the National Academy of Sciences. USDA scientist Ken Vogel and colleagues present the results of the first field-scale experiment on the production of ethanol from switchgrass (Panicum virgatum), a native prairie grass that grows on otherwise marginally productive agricultural land. Ten farms in the midcontinental U.S. took part in the trials for five years, recording both the switchgrass yield and the amounts of fertilizers, herbicides, and fuel needed to grow it. The greenhouse gas emissions from switchgrass-derived ethanol were estimated to be 94 percent lower than those from gasoline. Reducing the conflict between food and fuel crops would be a postive step, but the impact of large-scale fertilization will surely bring its own conservation challenges.