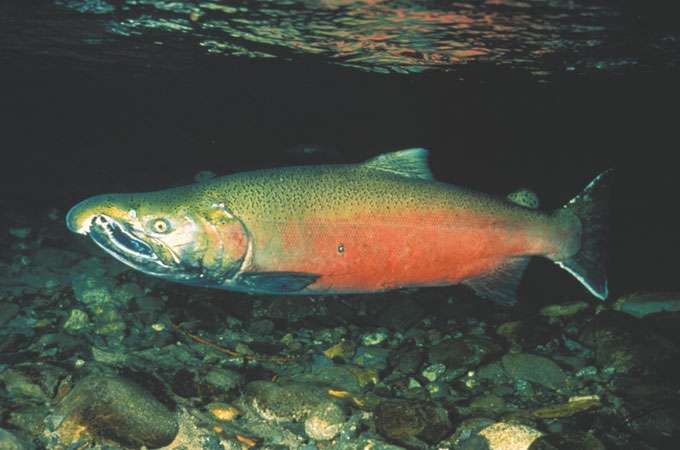 Restoration efforts often over-look the importance of “phenotype diversity,” or non-heritable variations in morphology and behavior that suit different parts of a habitat.

A new analysis shows how restoring a habitat’s diversity can increase phenotype diversity, which in turn can increase a population’s chances of surviving rapid environmental change.

“Phenotype management is essentially a bet-hedging strategy that ensures the persistence of a population in the face of environmental uncertainty,” say Jason Watters, Sean Lema, and Gabrielle Nevitt of the University of California at Davis in the August 2003 issue of Biological Conservation.

Because environmental changes such as cutting forest canopies or damming rivers can occur within a single generation, phenotype diversity can be just as critical as genetic diversity. “Phenotypic diversity is really important to the population’s immediate survival,” says Watters.

To show how restoration can be geared toward increasing phenotype diversity, Watters and his colleagues present case-studies of two of North America’s endangered taxa: coho salmon (Onchorhynchus kisutch), which live in the Pacific Northwest, and desert pupfishes (Cyprinodon spp.), which live in the Southwest.

Hooknoses are more likely to develop from juveniles that live in deep pools, whereas jacks are more likely to develop in riffles. However, habitat restoration for coho salmon often focuses on deep pools, which have a higher density of juveniles, and so inadvertently favors hooknoses. “It is rather typical for restoration efforts to be unintentionally tailored to only a subset of the population,” say Watters and his colleagues.

The researchers suggest that managers could increase the proportion of jacks by creating riffles in streams. In support of this, laboratory experiments indicate that juvenile coho salmon reared in riffles are about five times more likely to mature as jacks than those reared in pools (about 17 percent vs. 3 percent).

Like salmon, male desert pupfish can develop into more than one phenotype: one that is territorial and two that spawn furtively (floaters and sneakers). The biggest males get the best territories, which have the exposed rock surfaces where females prefer to deposit their eggs. Floaters and sneakers lack territories and so have less breeding success.

“Restoration efforts that are limited to constructing only a few types of habitat may be less effective at restoring species over the long-term,” caution Watters and his colleagues. “We suggest that planners consider manipulating resources to explicitly manage the expression of phenotypes.”