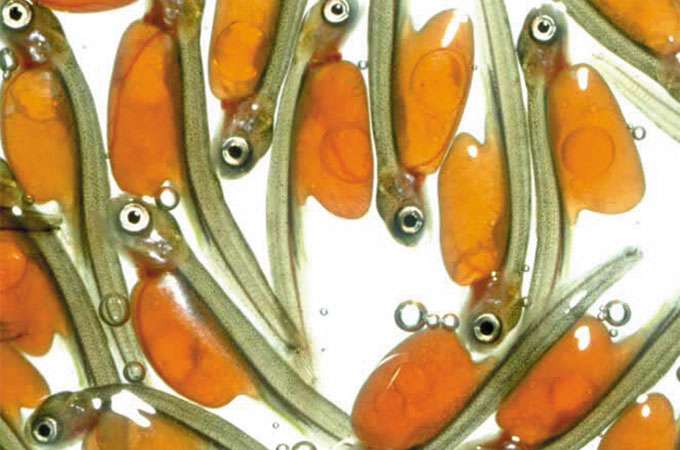 Wild salmon in the Pacific Northwest are in trouble — 26 populations are listed as threatened or endangered — and many conservationists fear hatcheries are a big part of the problem. In support of this belief, new research suggests that hatchery-reared steelhead are a threat to wild chinook in the Snake River.

“Our work suggests that steelhead released from hatcheries may increase the extinction risk of wild populations of Snake River chinook,” say Phillip Levin and John Williams of the National Marine Fisheries Service in Seattle, Washington, in the December issue of Conservation Biology.

West Coast hatcheries have produced salmon for more than a century and today release more than a billion each year. Most of the salmon in the Columbia River Basin are hatchery-reared, including more than 70 percent of both steelhead and spring-run chinook adults.

Levin and Williams used existing population estimates to see if there is a link between hatchery steelhead and the survival of wild salmon (steelhead and chinook) in the Snake River, which is the Columbia’s largest tributary. The researchers measured survival by comparing how many juveniles migrated toward the sea (smolts) with how many adults returned over the course of 20 years (1977-1997). The number of hatchery steelhead released ranged from about 4 to 10 million per year.

Hatchery steelhead smolts are roughly 10 times bigger than wild chinook smolts, and the researchers think that this could increase the chinook’s stress when the two types of salmon are packed together in barges; the barge trip from the Snake River’s Lower Granite Dam to the Columbia River estuary takes several days. Moreover, hatchery steelhead are aggressive fish that could easily outcompete the more timid wild chinook for food. Indeed, when they reach the estuary, hatchery steelhead often have full stomachs but the chinook do not.

As salmon continue to decline in the Pacific Northwest, some hatcheries are shifting their goals from producing bulk quantities for commercial fisheries and sport fishermen to replenishing wild populations. “Conventional steelhead hatcheries clearly do not lower extinction risks or promote biodiversity,” say Levin and Williams. “But the question of whether hatcheries can be altered to aid rather than hinder recovery remains unanswered.”