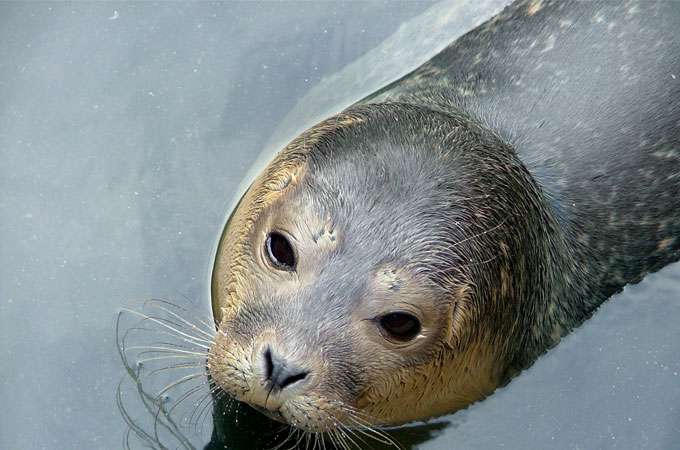 “A broader range of individuals will contribute genetically to the next generation if local weather conditions are variable,” say Sean Twiss of Durham University in the U.K. and four coauthors in Biology Letters. According to climate-change projections, fall weather will become more variable over the next century in the U.K., with wider year-to-year swings in rainfall and temperature.

The researchers monitored mating in grey seals (Halichoerus grypus) during October breeding seasons on North Rona, a small island off the northern tip of Scotland.

The researchers attribute this fluctuation in mating patterns to the fact that female grey seals move around more during dry years. Females divide their time between spots where they tend and nurse their pups and pools of freshwater where they drink and cool themselves down. In wet years, there are plenty of pools, so females don’t have to travel far to reach them, making it easy for dominant males to guard them. But in dry years, pools are scarce, so females have to travel farther, making it hard for the dominant males to keep an eye on them. In support of this explanation, the researchers found that females moved about twice as far during the driest year as during the wettest year (an average of roughly 10 vs. 5 meters per day).

Because many species’ mating patterns are likewise linked to the distribution of resources, “this subtle effect of changing climatic variability has widespread implications,” say the researchers. The outcome could vary among species. For example, the genetic diversity of isolated populations could decrease if fewer males ended up mating.