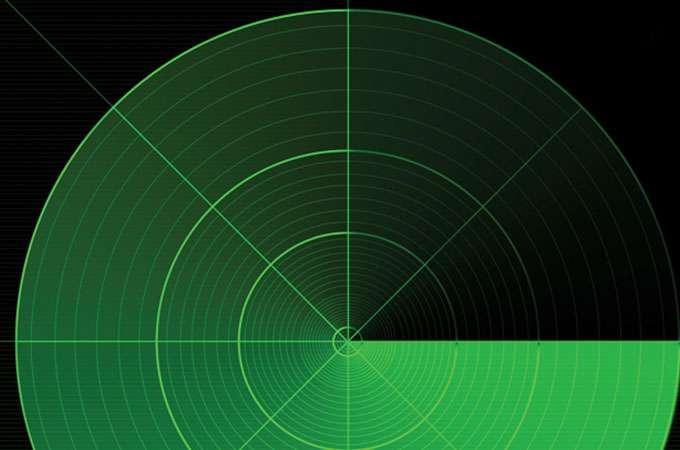 The coastal ocean is full of tiny hitchhikers, their glassine alien bodies perfectly designed to drift with the surface current in a lazy dance, a pas de deux where the ocean takes the lead. All these travelers—from the weird horned larvae of the Dungeness crab to the large-eyed smolt of anadromous salmon and trout—are largely helpless against these surface currents, dependent on wind and waves to carry them to just the right nursery areas where they can feed and grow. For scientists eager to understand the secrets of marine life histories, accurate real-time information about the sweep and surge of the ocean’s topmost layers is critical—but maddeningly difficult to obtain.

Now, more than 90 high-tech radar installations along the U.S. coastlines are providing researchers their first-ever comprehensive picture of how near-shore currents actually travel. The radar provides real-time current maps that biologists and fisheries managers can use to design marine sanctuaries, follow the movements of juvenile fish, watch for red tides, and monitor sewage discharges or oil spills.

“This is the only technology . . . that enables us to see how the surface of the ocean is moving in real time,” says Susan Williams, director of the Bodega Marine Laboratory of the University of California at Davis. “Once you have that map you can do so many things. It is an incredibly powerful tool.”

It’s possible to measure surface currents, of course, but most existing techniques are cumbersome or flawed. Current meters fixed to buoys can measure water velocity at one location, but scientists need a network of anchored meters to create a useful map of how currents move. Drifting buoys or patches of dye exploit the “message-in-a-bottle approach” and are tracked by airplane, boat, or satellite as they surf the ocean’s surface currents. But these data provide information valid only at the time measurements were made. The new high-tech radar, known as HF (high-frequency) radar, overcomes the problems that beset conventional measurements.

Former National Oceanic and Atmospheric Administration engineers developed the HF radar technology for commercial use in the 1980s, but only in the last few years has it been adopted more widely. In January 2006, California embarked on the nation’s most ambitious HF radar program in the nation when a consortium of 13 university and research centers began construction of a US$21-million network of radar stations along the state’s 1,770-kilometer coastline, due for completion in 2009.

The technology takes advantage of the fact that radar signals echo off a wave that is exactly half of the transmitted radio wavelength. The Doppler frequency shift of the returned echo enables researchers to calculate water velocity, and the use of multiple receivers allows the calculation of current directions. Together, these bits of information can be used to construct a current map. A typical radar installation has a four-meter-tall transmitter antenna; a second receiver, 30 kilometers from the first, measures the signal that is reflected back by the waves. The Bodega Marine Laboratory already has three stations that can create hourly maps of surface currents out to a distance of 30 to 50 kilometers and along 65 kilometers of shoreline.

But HF radar by itself simply tells researchers where and how fast the surface currents are going. Biologists have to take samples to see what’s being carried in the water. This combination is what makes HF radar uniquely helpful with marine sanctuary siting, says Jeffrey Paduan, associate professor of oceanography at the Naval Postgraduate School in Monterey, California.

Most existing marine sanctuaries are located in areas of high diversity, but those areas don’t necessarily include nursery or dispersal areas. The real-time data allow biologists to see where currents might concentrate the immature fish and marine invertebrates until they are strong enough to swim on their own. Once they’ve located nursery areas, scientists can also determine “typical dispersal patterns and distances for larvae that are transported by coastal ocean currents,” Paduan says.

Williams has already used HF radar data to help U.S. Senator Barbara Boxer and Congressman Lynn Woolsey (both of California) in a proposal to expand the boundaries of two existing national marine sanctuaries off the California coast. And, combined with biological sampling, the HF radar data are helping biologists refine their understanding of where fish and invertebrate populations concentrate during different parts of their life cycles—another key to good marine sanctuary design, she said.

“We have all along figured that the ocean was a well-mixed medium, but that’s not entirely true,” she said. “Some species see it more fine-grained than we do; they know which neighborhoods they belong to. That is what we are trying to figure out—where are the neighborhoods? Radar is an incredibly powerful tool to do that.”