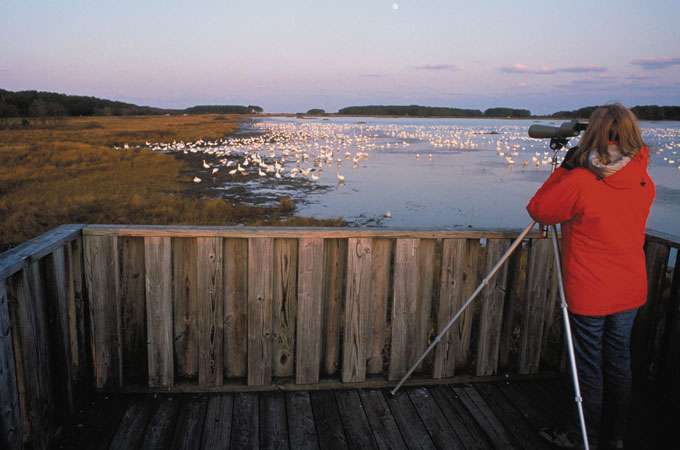 When it comes to conservation, perception really is reality. Two new studies show that people’s views of nature and interpretations of environmental buzzwords can drive conservation policies and management.

“Differing assumptions about nature constrain people’s vision of what environmental conditions can and should exist, thereby constraining the future that can be negotiated,” say Bruce Hull of Virginia Tech in Blacksburg and his colleagues, who present these studies in the latest issue of Conservation Ecology and the January 2003 issue of Environmental Management.

For both studies, the researchers interviewed 44 people involved in negotiating the fate of hardwood forests in the southwest Virginia part of the Southern Appalachian Ecosystem. The participants included land owners, environmentalists, academic scientists, and U.S. Forest Service professionals.

In the study presented in Conservation Ecology, Hull and his colleagues found that the participants justified their forest visions based on assumptions about how nature works. These assumptions fell into two camps: preservationist or “nature knows best” vs. interventionist or “nature needs human management.” Preservationists believe that nature is perfectly balanced but fragile, so we should intervene as little as possible and let nature take its course. Interventionists believe that nature is resilient and constantly changing, so we might as well manage it to meet our needs.

Recognizing these underlying assumptions is critical because they “have a polarizing effect that can paralyze negotiations, eliminating opportunities to explore potential common ground,” say Hull and his colleagues. An example of common ground is that regardless of which camp the participants were in, most of them would prefer preserving the forests over clearing them for housing developments.

One way to improve environmental negotiations would be to help dispel inaccurate assumptions about how nature works. Thus, the researchers recommend promoting science-based education, particularly in ecology and evolution.

In the study presented in Environmental Management, Hull and his colleagues found that environmental terms meant different things to the various participants in the forest planning effort. For instance, some thought “sustainable forestry” meant providing a reliable supply of timber, whereas others thought it meant preserving habitat for wildlife; some thought “biodiversity” meant the number of species, and others thought it meant the way species were distributed in the forest.

Some participants said the forest plan was not meaningful because there were no specifics for how to define biodiversity and forest health, whereas others feared that the people who implemented the plan would interpret the terms according to their own values rather than the intent of the participants. “Problems with language can derail environmental negotiations,” say the researchers.

“Environmental professionals are in a powerful position because their status as experts gives them extra influence over the language used to describe and negotiate environmental quality, [which] gives them the power to shape environmental negotiations by limiting the ideas that are considered legitimate and open for consideration,” they say.

Photo by John and Karen Hollingsworth/USFWS