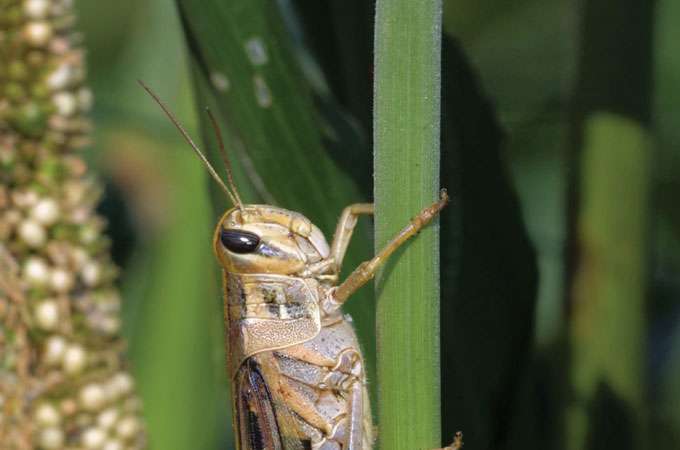 Why are some plants more invasive than others? New research reveals that at least part of the answer lies in their chemistry. The worst invasive plants produce toxins not found in native species. This gives them an edge over the competition. Although no more potent than those produced by native plants, the invasives’ toxins are more effective because local herbivores and diseases are not adapted to them.

“This may provide invasive plants with several advantages in their new environments,” say Naomi Cappuccino of Carleton University in Ottawa, Canada, and Thor Arnason of the University of Ottawa in Biology Letters.

In addition to the carbohydrates, nucleotides, and other “primary” compounds common to all living things, plants produce an amazing variety of “secondary” compounds that can be toxic to insects, pathogens, and even other plants. Although native herbivores can often detoxify the secondary compounds produced by native plants, this may not be true for toxins produced by invasives. Likewise, while North American pathogens readily infect native plants, they do not seem to be able to attack the worst invasive plants.

The results confirmed that invasives were more likely to produce locally unique toxins. The invasive exotics were four times more likely than noninvasive exotics to have secondary compounds not found in North American native plants (about 43 percent vs. 11 percent, respectively). In addition, exotics with locally unique toxins were also less likely to be eaten by native herbivores. Fourteen of the exotic species had previously been assessed experimentally for palatability to herbivores, and those with unique toxins had only one fifth as much leaf damage as those with toxins that are also found in native plants.

Besides providing an explanation for why invasives are so successful, this work could help us screen for other species that are also likely to be too successful if introduced. “Chemical isolation from native plants could be used to predict invasiveness,” say the researchers.