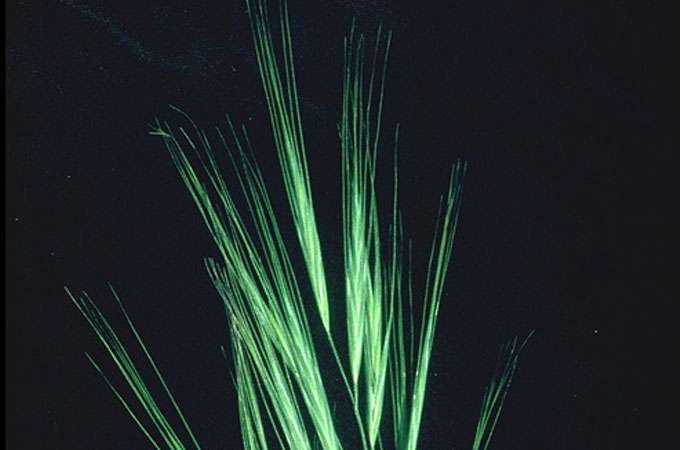 Most California grasslands have been taken over by European plants. Conventional wisdom holds that these non-native species outcompete the native grasses. But new research shows that native grasses can actually out-compete non-natives in coastal prairies, thus giving hope for restoring them.

Jeffrey Corbin and Carla D’Antonio, both from the University of California, Berkeley, present this work in the May issue of Ecology.

Grasslands cover about one-quarter of California, and most have been converted from native perennials to European annuals. Understanding why these invasive species have been so successful is essential to restoring native grasses. If exotics outcompete natives, restoration requires long-term management that includes grazing or prescribed burns. This may be true for inland areas, where summers are hot and dry and few native perennial grasses are left. However, it may not hold for grasslands within 100 km of the coast, where summers are mild and native perennial grasses are more common.

Corbin and D’Antonio compared the competitiveness of native perennial and exotic annual grasses in experimental plots in Tom’s Point Preserve near Tomales Bay, California, north of San Francisco. The researchers cleared the plots and planted them with either native perennial seedlings, exotic annual seeds, or a mixture of natives and exotics. The native grasses were Oregon bentgrass (Agrostis oregonensis), red fescue (Festuca rubra), and purple needlegrass (Nassella pulchra); the exotic grasses were slender wild oat (Avena barbata), ripgut brome (Bromus diandrus), and foxtail fescue (Vulpia myuros). The exotics were reseeded each year, and nonexperimental plants were weeded from the plots during the four-year study. Aboveground biomass of the grasses was used as a measure of productivity.

This work suggests that California coastal prairie restoration should focus on keeping the native grasses alive during the first few years. “The payoff comes in later years, when the natives can resist subsequent invasion with minimal active restoration,” says Corbin.