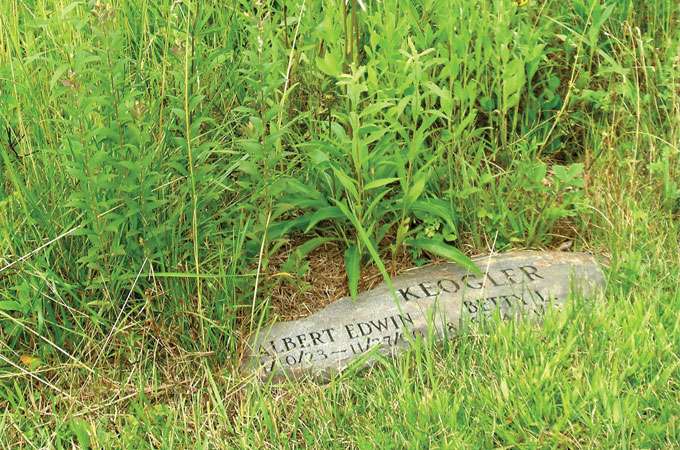 The Galisteo Basin Preserve in New Mexico is a conservationist’s dream. The 5,260-hectare parcel is blanketed by a patchwork of piñon and juniper forests and blue grama grasslands, with raptors wheeling overhead while jackrabbits and coyotes lope down dry arroyos. And if Joe Sehee has his way, this spectacular high-desert life will be partially protected by the dead.

Sehee, executive director of the Green Burial Council, is working with the Commonweal Conservancy in New Mexico to help finance the project with the creation of a four-hectare green cemetery where people can choose to be buried in an environmentally friendly way—without embalming fluids and in biodegradable shrouds or wooden boxes. Roughly half the cost of a US$4,000 plot would help protect the surrounding landscape.

Welcome to the world of green burials, a potential new tool to finance conservation and stewardship. Sehee’s long-term vision is that land trusts would use green burials to protect one million acres worldwide in the next decade. An important step in making this a reality, he says, is the council’s adoption last summer of certifiable standards. Much like standards for green-harvested wood or fair-trade coffee, the burial standards are designed to ensure that consumers get what they pay for when they sign up for a green burial. Sehee is hoping the same people who would choose a green burial will also see the value in this unusual approach to land protection.

“Open space doesn’t generate income,” he says. “But this does…and nothing connects people to the land like being buried on it.”

Whereas aboriginal and native cultures have a long tradition of protecting their burial grounds, the first modern-day green cemetery in the U.S. was created in 1998 when South Carolina physician Billy Campbell founded Ramsey Creek Preserve, a socially responsible for-profit green cemetery that links land conservation with burials. The death of his father—and the associated funeral costs—led Campbell to found the preserve as a better way to honor the dead. “I would rather have laid my father’s body to rest in a wild setting, full of the quiet and peace of nature…,” he wrote in a 1988 article outlining his idea. “Why could we not put the money that is spent on expensive burials and sterile plots into the purchase of natural settings that could also act as protected habitat areas? ”

At the same time, Sehee had been working on his own eco-retreat in Joshua Tree, California, and had heard about Campbell’s work. Sehee and Campbell eventually joined forces in 2003 with cemeterian Tyler Cassidy to develop Fernwood, a green burial project in California. But the effort evolved into something that was less green than Sehee and Campbell wanted. Sehee said his experience with Fernwood convinced him that certifiable green burial standards were needed to protect the integrity of the idea and keep businesses from using green burials as a marketing tool with inadequate environmental practices. The Green Burial Council was the result.

Under the council’s standards, the “greenest” cemetery is part of a larger conservation project in which burials help buy easements and pay for stewardship. Toxic embalming, cement vaults, and other nonbiodegradable caskets are prohibited, as are inappropriate monuments. A less-prohibitive “natural” burial ground bars embalming and vaults and requires habitat restoration with native plants but does not involve a larger protection scheme.

Michael Fisher, former executive director of the Sierra Club and the California Coastal Conservancy and an advisor to the burial council, says the idea comes at a time when land trusts and conservation groups are struggling to raise money to pay for land stewardship.

Nevertheless, one barrier to green burials as a conservation tool is what Fisher calls the “ick” factor—the necessity of dealing with the funeral-home industry and the reaction that “there are dead people on our property.” Sylvia Bates, director of standards and research for the national Land Trust Alliance, has discussed the idea with Sehee, but agrees with Fisher that land trusts will be cautious about the approach. Successful demonstration projects will help, she said.

“It is an interesting idea and potentially one more funding vehicle” for land trusts, Bates says. “The real question is whether it is appropriate for a specific project, because the practicalities may be that there are easier ways to protect land. There will have to be a unique set of circumstances to make this work.” But Bill Jordan III, Green Burial Council board member and Director of the New Academy for Nature and Culture and co-director of the Institute for Nature and Culture at DePaul University in Chicago, likes the idea because it makes protected land sacred.