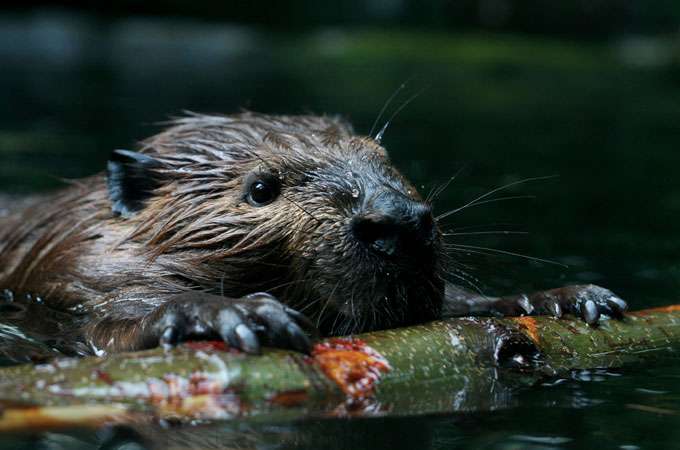 Leave It to Beavers

A new appreciation for dams as a source of amphibian habitat

Beavers are widely considered to be a nuisance for damaging forests and flooding roads and crops. But allowing these rodents to build more dams could help North American frogs and toads. In a new Canadian study, most beaver ponds had plenty of courting and newly metamorphosed amphibians, whereas free-flowing streams had hardly any.

Beaver dams also provided almost all the standing water many amphibians require for breeding, say Cameron Stevens and two coauthors at the University of Alberta, Edmonton, in Bio logical Conservation. Small streams can have upwards of 16 beaver dams per kilometer. The flooding creates not only ponds that have the higher temperatures and oxygen levels that tadpoles need, but also fewer tadpole-eating fish.

The researchers compared amphibian breeding and abundance in streams with and without beaver dams in Alberta’s Boreal Foothills. They surveyed males’ mating calls during the spring as well as just-metamorphosed young during the summer in three species: boreal chorus frog (Pseudacris maculata), wood frog (Rana sylvatica), and western toad (Bufo boreas). The two-year study included 15 stream reaches with a total of more than 50 beaver ponds and nine free-flowing stream reaches.

The call survey showed that the beaver ponds collectively had more than 5,000 courting males of the three species studied, whereas the free-flowing streams had none. Similarly, beaver ponds had nearly six times more wood frogs, 24 times more boreal chorus frogs, and 29 times more western toads than the undammed streams.

The link between beaver ponds and amphibians also suggests that the former could be used to monitor the latter. “The distribution and abundance of beaver ponds could be determined over large areas quickly and inexpensively by remote sensing,” say the researchers.