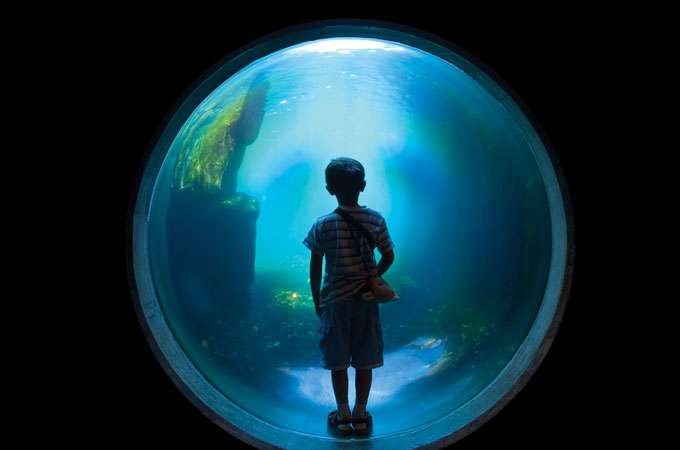 Many villagers in the island nation of Fiji earn cash by planting sugar cane. But residents of Tagaqe are growing something different: live rock. Not the loud music variety, but a critical component in saltwater aquaria. When villagers suspend porous rocks in the rich waters of the Fijian reef, the rocks are colonized by living invertebrates and coralline algae. After just eight months, the rocks can be harvested and sold as cultured live rock to aquarium markets around the globe.

The Fijian rock farmers are part of a new effort to develop an alternative to the traditional method of prying live rock from the delicate reef using crowbars. Fiji is the world’s largest supplier of live rock. In 2001, the International Coral Reef Action Network estimated that Fiji-based aquarium suppliers airfreighted 1.9 million kilograms of live rock—enough to fill the equivalent of 48 Boeing 747-400 jumbo jets. At the same time, the Fijian government warned that 3 percent of the reefs around the country’s largest island, Viti Levu, had already been damaged or removed as a result of the explosive growth in the country’s coral and live rock trade.

But Fijian villagers need cash to supplement their partly subsistence lifestyle. In response, researchers from the University of the South Pacific and the Georgia Institute of Technology began working with villagers in Tagaqe to develop the cultured live rock project. The process itself isn’t new; porous limestone rubble has been cultured for several years in the reefs off Florida after a live rock-harvest ban was enacted in the 1990s. What’s special about the Fiji project is that it provides a workable cash crop for villagers while providing them with incentives to conserve the reef itself.

“This is economic development, coastal management, conservation, and aquaculture all mixed together,” said Terry Snell, a biologist at the Georgia Institute of Technology who is working with the project.

Fears that the Fijian government might shut down the live rock export business prompted early efforts by Walt Smith International, largest of Fiji’s six aquarium supply companies, to culture live rock. The company tested the approach now being used by Tagaqe villagers. Pumice, which is porous and regularly washes up on Fijian beaches, was cemented into plate-sized doughnut shapes that could be strung on a cable anchored to the reef. Tending the rock took little maintenance, other than removing unwanted algae. The real challenge was convincing villagers to try the approach: many were leery of a technique that was being promoted by a commercial industry.

That’s when William Aalbersberg, director of the University of the South Pacific’s Institute of Applied Science became involved with Snell and his colleagues from the Georgia Institute of Technology. Aalbersberg had been working with Fijian villages for nearly a decade to promote reef conservation. The Georgia Tech group came to Fiji in 2004 to study the reef and its organisms in a search for compounds that might have medicinal or other values. Both groups agreed that finding an alternative to the existing live rock harvest made sense. Culturing live rock seemed like a perfect fit: villagers could make money from their reefs without destroying them.

Together, Aalbersberg and the Georgia Tech scientists began the process of identifying villages and negotiating with local chiefs to implement the aquaculture experiment. Because local villages control the marine resource rights in the waters adjacent to their villages, the only way to bring projects to communities is to speak to individual village chiefs. Tagaqe’s Chief Ratu Timoci Batireregu agreed in the summer of 2004 to try out the project. Walt Smith International helped by agreeing to purchase the artificial live rock and market it as a “green” product.

Under the agreement, Tagaqe villagers were given 5,000 pumice blanks, worth about US$2,000. After eight months, the blanks were harvested and sold for about US$4,000, of which half has been reinvested in new blanks to keep the project going. In contrast, a full-time harvester collecting “natural” live rock would be paid US $3,750 a year for 7,500 kilograms of rock. The income from the pilot program clearly isn’t enough to supplant the income a full-time harvester makes, but the Georgia Tech group has also signed a bioprospecting agreement with Tagaqe that will eventually bring more income to the village.

Because some communities simply don’t have the funding to buy the blanks, Aalbersberg and the Georgia Tech group are planning to provide start-up funds for another five villages.

The Georgia Aquarium, which opened in October 2005 and is the largest aquarium in the U.S., decided to purchase from the Fijian project all 50 metric tons of the live rock needed for its coral tank. Dave Santucci, spokesman for the aquarium, said the cultured live rock was an important part of the aquarium’s overall conservation message. “We don’t strip live rock from the wild,” he said.

Snell, Aalbersberg, and other Georgia Tech scientists visited the aquarium shortly after it opened to see their efforts at work. The live rock covers the bottom of an enormous coral tank exhibit full of brightly colored fish. The 625,000-liter, irregularly shaped tank holds roughly a quarter of the volume of water that would fill an Olympic swimming pool. “Everyone was oohing and aahing over the tropical fish,” Snell said. “But we were all just looking at the live rock.”