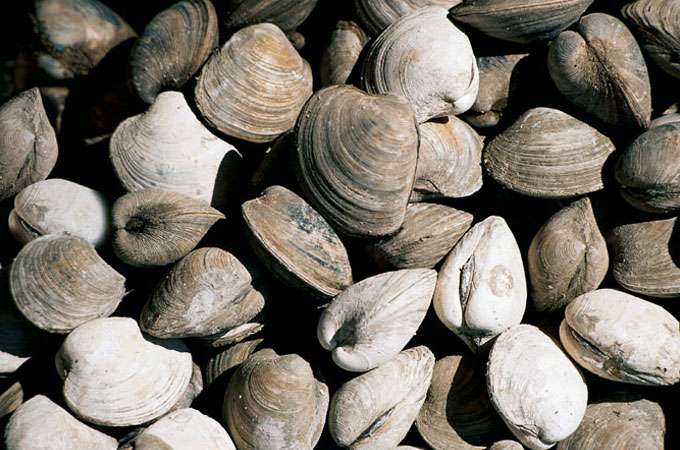 Global live seafood trade is barely regulated even though it could be a significant conservation threat. New research shows that “fresh” shellfish sold in markets are still alive enough to feed—and so presumably to spawn. This suggests that the seafood trade could spread invasive nonnative marine species around the world.

It wouldn’t take much. “Introduced species can spread throughout entire ecosystems and across biogeographical regions from a few individuals released at single sites,” say John Chapman and Todd Miller of Oregon State University’s Hatfield Marine Science Center in Newport, and Eugene Coan of the California Academy of Sciences in San Francisco in the October 2003 issue of Conservation Biology.

While some of the nonnative species sold in Pacific Northwest markets are already established or cultured in local waters, many are not. “Their unplanned, unsanctioned introductions should be controlled or avoided,” say the researchers. The live seafood trade is already implicated in a number of devastating introductions of nonnative marine species, including green crabs and Chinese mitten crabs into northeast Pacific waters.

Chapman and his colleagues focused on trade in clams, mussels, and oysters. These bivalves can survive out of water for more than two weeks when refrigerated and are usually mature when sold. This means that “fresh” bivalves sold at markets might be able to spawn if returned to marine waters.

To test whether the live seafood trade could indeed spread nonnative bivalves, the researchers assessed whether three nonnative species sold in Pacific Northwest markets were still alive enough to feed a day after being returned to seawater. Spawning can be triggered by eating, stress, or sudden temperature changes. Two of the species, Manila clams (Tapes philip-pinarum) and Pacific oysters (Crassostrea gigas), are already established in Pacific Northwest waters but one, the ocean quahog (Arctica islandica) is not.

The researchers found that nearly as many ocean quahogs survived in the short-term as the two species already established in Pacific Northwest waters (89 percent vs. 90 percent and 100 percent, for ocean quahogs, Manila clams, and Pacific oysters, respectively). “If released, [ocean quahogs] could potentially spawn and become a threat somewhere in the northeast Pacific Ocean,” caution Chapman and his colleagues.

Without regulation, the trade will almost certainly lead to even more species invasions.