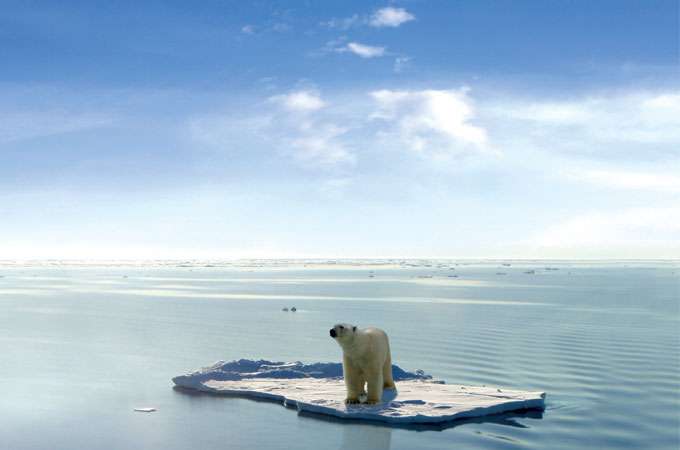 Canadian male polar bears (Ursus maritimus) spend much of their time tracking potential mates across the rapidly disappearing sea ice, but a study published in the Proceedings of the Royal Society warns that climate change is not the only threat to their survival. University of Alberta biologist Péter Molnár and colleagues subjected polar bear mating behavior to computer modeling (nothing is sacred in biology) to assess the effects of hunting on population dynamics.

The polar bear “harvest”—a result of a combination of food and trophy hunting—is heavily male-biased. Although the polar bear population is currently healthy, fears have arisen that, if the skewed take continues unchecked, some breeding-age females will be unable to find a mate. Molnár’s group used data collected from Lancaster Sound, Nunavut, Canada, to build a picture of the region’s current bear population. Their computer model suggests that continued sex-selective harvesting could lead to a catastrophic collapse in numbers.

The problem centers on the way amorous bears find each other. Because they range so widely, encounter rates are low. Generally, a surplus of males is required to ensure that every receptive female is tracked down. According to the model, as the population density decreases—possibly through the effects of climate change or overharvesting—females become increasingly like the proverbial needle in a haystack, and a higher ratio of males to females is needed to find them. This interaction between bear numbers and their sex ratio should be pricking the ears of conservation managers, the scientists claim. As the ice sheets melt, some white bears could be facing an extremely lonely polar night.