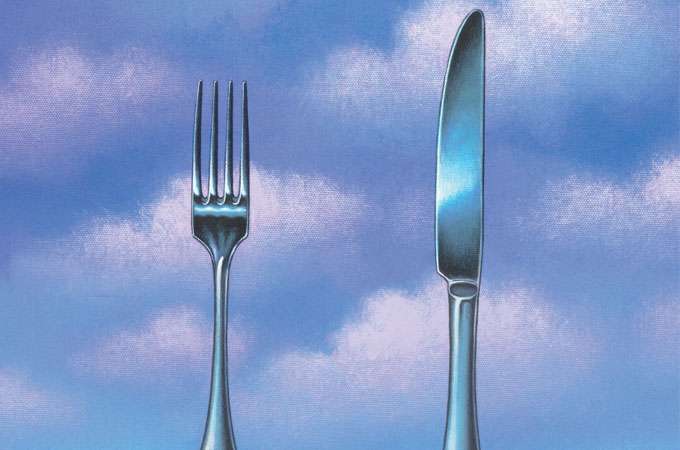 Lunch With A Turtle Poacher

We must embrace our enemies, look into their eyes long enough to see ourselves. Then, we can begin talking.

We are sitting on the outdoor deck of a little village restaurant across from a man named after St. Francis, the patron saint of animals. He’s known by his nickname, “Gordo,” and to him many thousands of sea turtles owe their deaths. Gordo set turtle nets for about 20 years. With his thick, fleshy neck and a growth of silver stubble, he slouches in an open, checkered flannel shirt. He’s heavy and disheveled, a shambling self-caricature part junkyard dog, part lost puppy.

Having just spent six months in jail, Gordo is savoring his freedom—sort of. He seems chastened and a little stunned because the one freedom he most savored, the freedom to catch and sell turtles, seems to be off the table. “It’s really hard for me.” He speaks in a surprisingly soft voice. “I’m used to money and good cars.” He has a large face and gentle eyes. “The fishermen’s cooperative wants the worst for me. They know I’m a threat to the future of their children.”

Gordo worked as a mechanic, then went lobstering, and then caught the beautiful and savory snails called abalone and, of course, turtles. “I am interested only in high money,” he says. Gordo had a buyer in Tijuana. He shipped the turtles by bus or by truck or drove them himself. It was all illegal, sure, but “It was not difficult to keep them out of sight.”

Were drugs involved?
“Of course. Often as payment.”

What does a turtle catcher need to know?
“A good turtle catcher must know how to find turtles. This is not easy. They are very astute, one of the most astute animals in the ocean. Not just anyone can catch them. A person can set a net among a thousand turtles and catch none. You must know where they swim, how they swim, how they use the currents. I had to study them. I put many hours on my boat engine learning their ways. In summer, they come into lagoons to be in warm water for feeding. In winter, they travel toward the ocean as the water along shore cools. You must know their routes.”

Our International Travelall 4×4 was overloaded, overworked, overheated under the desert sun. We’d lost a wheel and an axle plus most of the brake assembly. At a shade-granting structure surrounded by an acre of rusted and oily parts from decades of wrecked trucks like ours, we met Francisco “Gordo” Fisher. Gordo sat on a bench seat ripped from another deceased truck, drinking a caguama the oversized bottle of Mexican-brewed Tecate beer named after the sea turtle. We sat across from him on the edge of a tire. His narrative bounced from one familiar subject to another.

Talk turned from trucks to fishing, then to sea turtles. Gordo bragged about his prowess in catching them—all sizes—and selling them. According to his own estimate, he regularly caught more than 1,000 turtles each year and trafficked them up the peninsula to a buyer on the border who sold them for as much as . . . As Gordo got drunk, we wrote notes. How and where are turtles caught? (With long gill nets in the lagoon.) How are they are smuggled north to Ensenada and Tijuana? (Over backroads at night.) How are the military checkpoints negotiated? (Walkie-talkies and bribes.) How much can a single live turtle sell for? (Over US$500 sometimes for a single turtle; but there are many.) And—and, who buys them? (Influential officials, restaurateurs; who did you think?)

His single question: “Why are you so interested in las caguamas?”

“We study them. We have a permit from your government to catch and tag them. We are trying to save them.”

“I can help you catch many sea turtles.”

In the repaired Travelall we headed to the lagoon, thinking: This guy can help make up for lost time.

With Gordo our guide, we made the rounds to all the fish camps—sea turtle conservationists accompanied by a sea turtle thief, asking fishermen to help us find the endangered, federally protected sea turtles they eat.

Gordo, who learned to catch turtles at age 13, says it’s younger people he hopes to reach with his story. He has come to Tijuana to speak with the international press. Radio, TV, and newspaper reporters wish to hear what he has to say.

“When I was boy, we all ate caguama. It was normal, it wasn’t a problem.”

So he followed his father’s footsteps and went into the business. Even after the government banned the catch, he kept working, setting his nets in Laguna San Ignacio and the Pacific Ocean. For a string of years, nobody denounced him, and he made good, easy money.

“Local residents helped me with my contraband, to load the cars—even the municipal police assisted me,” he says. He made crucial contacts with powerful buyers in Tijuana and Ensenada, south of the U.S. border.

Gordo was arrested four times. The first three times, he got off lightly. But in 2000, after soldiers found seven turtles in his car while he was crossing the desert at night, he got a six-month sentence. He served his time in a La Paz prison.

The reporters eat up his story.

It was in jail that he began to change, he says, after receiving a visit from Javier Villavicencio, a childhood friend and fisherman who is a leader in the grassroots Grupo Tortuguero, a group of fishermen who monitor the turtle population at seven critical locations on the Baja California peninsula.

After his release, Gordo tells the reporters, he got a job cleaning lobsters in his hometown, San Ignacio. He made up to US$30 a day, a fraction of what he once earned.

Poaching continues in Baja California communities, Gordo says, but without him in charge, poaching has dropped off in San Ignacio Lagoon. Now he talks about saving sea turtles—and setting a better example for the younger generation.

The next week, Gordo gets more than his 15 minutes of fame: radio, TV, and newspaper reporters broadcast his story to the world.

We are driving between distant fishing villages where we’ve been sharing new information with colleagues and working to “build the capacity” of the grassroots sea turtle conservation network. The miles pass in conversation, our eyes scanning the tops of cacti for Harris’ hawks (Parabuteo unicinctus). Part of our discussion goes like this: J. says of his 10 years in sea turtle conservation, “We’re starting to see real results. More fishermen involved, new NGOs participating, government support—and more turtles. But there’s still a long way to go.”

“It’s all about persistence, isn’t it’building trust, finding the common ground? To stick with it, you have to have a way to be having fun. Flexibility and adaptability are key.”

“Do you think,” Safina asks, “that you have an exportable, scalable model?”

“Maybe,” Nichols considers. “Every region is different. I think the basics of our approach are trust, relationships, finding practical solutions, working together, and being unafraid to get deeply and personally involved.”

Nichols nods. For a few minutes, the only sounds are from the wheels on the roadway and Billie Holiday’s lamentation from the tape deck.

Gordo is on our minds. We don’t see him as the enemy. We see him as one of the people we must find a way to work with. We must let him see a way he can benefit from listening to our view of how the world is changing; but to do that, we need to understand his world and its practical constraints. Where there is adequate law and adequate enforcement, one can afford to fight opponents, to report crimes, to litigate. For all the rest of the world, our shared humanity is our only hope.

We cannot afford to see people as opponents—especially not those who oppose us. The conservation community can’t afford to draw lines in the sand. Seeing people as enemies distorts them into something both bigger and smaller than they really are. We must embrace our enemies, look into their eyes long enough to see ourselves. Then we can begin talking. Some people make this easy; others, difficult. Some of those who make it difficult are on our side. The barriers have to go. In a world of hurt and need, what choice is there? On paper, Gordo is a monster, but when he’s sitting there in front of you, he’s a sad person with a problem to solve and limited options.

Safina asks, “So do you think Gordo has really stopped poaching for good?”

We’re approaching the coast. “Lots of ospreys along this stretch.”

“Yes,” says J. with declarative certainty, “there are.”

We have just spent two sweltering days in the top-floor meeting hall of a small hotel without air conditioning, discussing sea turtle conservation. Gordo is among those packed into the room. Others make brief presentations about community efforts to protect turtles, numbers of turtles tagged and released, sizes, and species mix. Nearly everyone there is an active fisherman or conservationist. Gordo takes his minute in front of the group and simply explains that he’s glad to be there.

Later, after the work is done, we pile into two small skiffs and motor out to a remote bay. Everyone jumps into the water except Gordo, who, fully clothed in jeans and long-sleeved shirt, is smoking in the stern by the motor. He can’t swim.

Using science, art, literature, and community interaction, Blue Ocean Institute works to change people’s relationship with the sea by inspiring conservation rather than demanding it. We know of no other conservation organization explicitly dedicated to emphasizing positive messages as pathways to excite more people’s engagement in conservation. While other groups work to change policies, we do something complementary: work to change values. By accenting the positive and the permissible, our programs help people envision and implement solutions that are compassionate both to sea creatures and to people themselves.

For more information go to: www.blueocean.org